In 2014 I was commissioned by Ruins Arts Pub in Kansas City to design a set of 18 "somethings" of very specific dimensions that would fit in the coffers lining their bar.

I was 17 at the time.
So little did I know I'd be designing quite a visual staple of that Pub.

I made for them, 18 unique Tarot cards that each parodied a character archetype that you'd encounter at a bar.

Again
I was 17 at the time.
‍
And I was quite the goody-two-shoes. So where I got these ideas beats me. Maybe a Cosmo article? Who knows.

Only through my parents and friends who worked there did I hear about how much of a hit the series was.

By the time I turned 21, I kept telling myself to go in, but I honestly forgot about them. That is until I turned 23 and Ruins Pub announced they were closing (potentially to move to another location). My mother contacted them to recover the work, and then told me to go and pick them up in early March 2019. I forgot to.

Where the originals are now, I have no idea. But now we can enjoy them here online, since I found them in an old Google Drive folder. They're surprisingly funny. 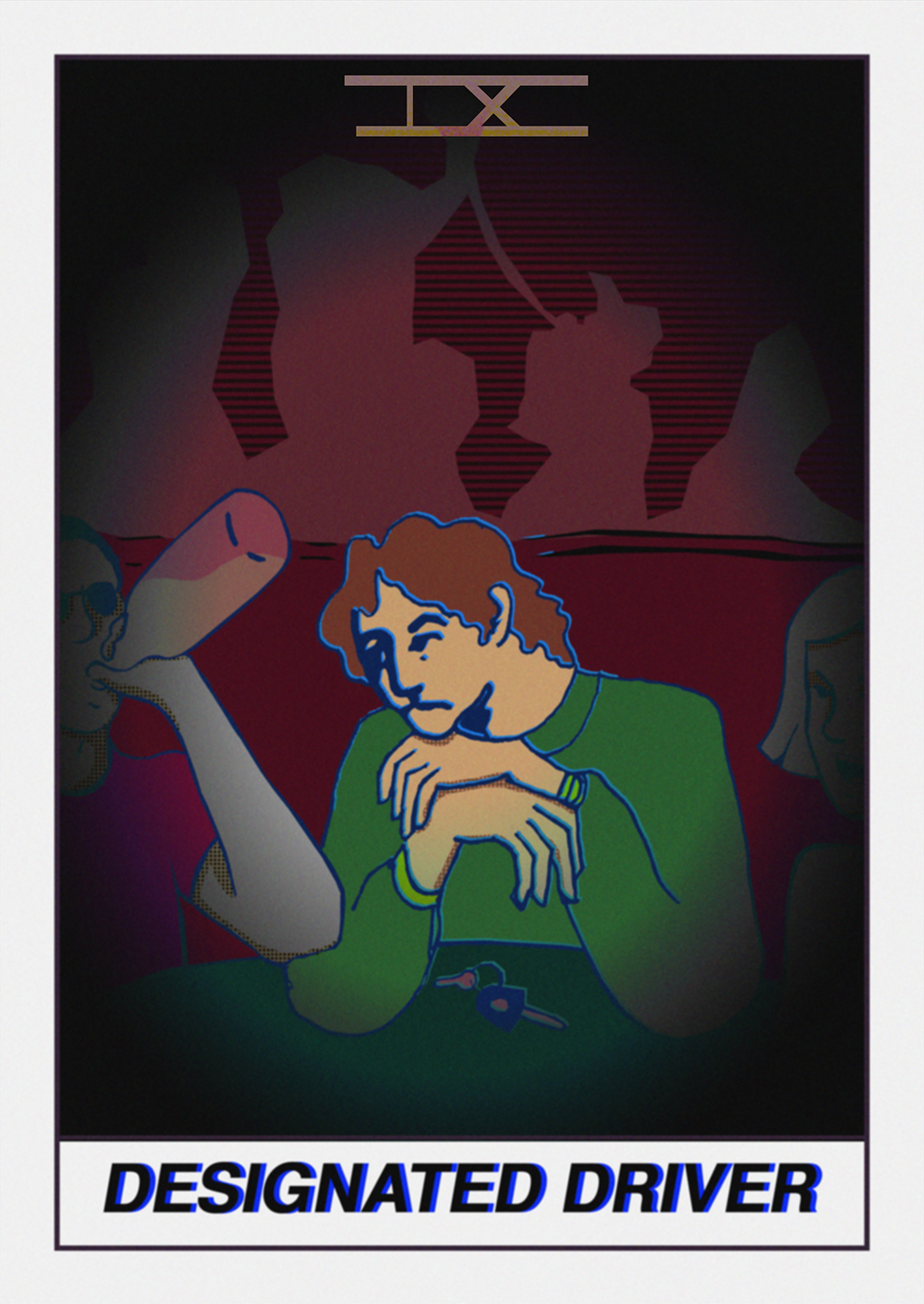 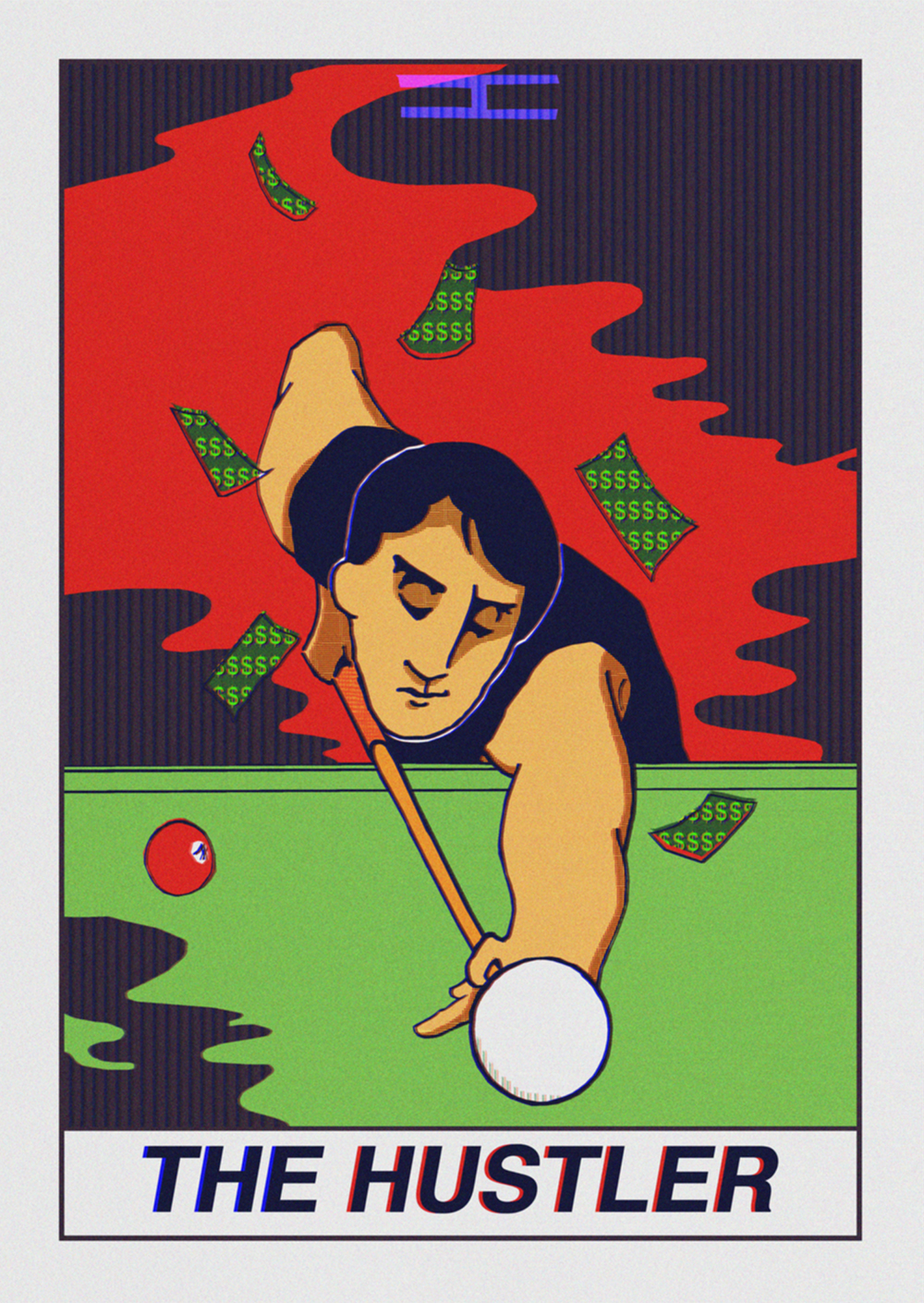 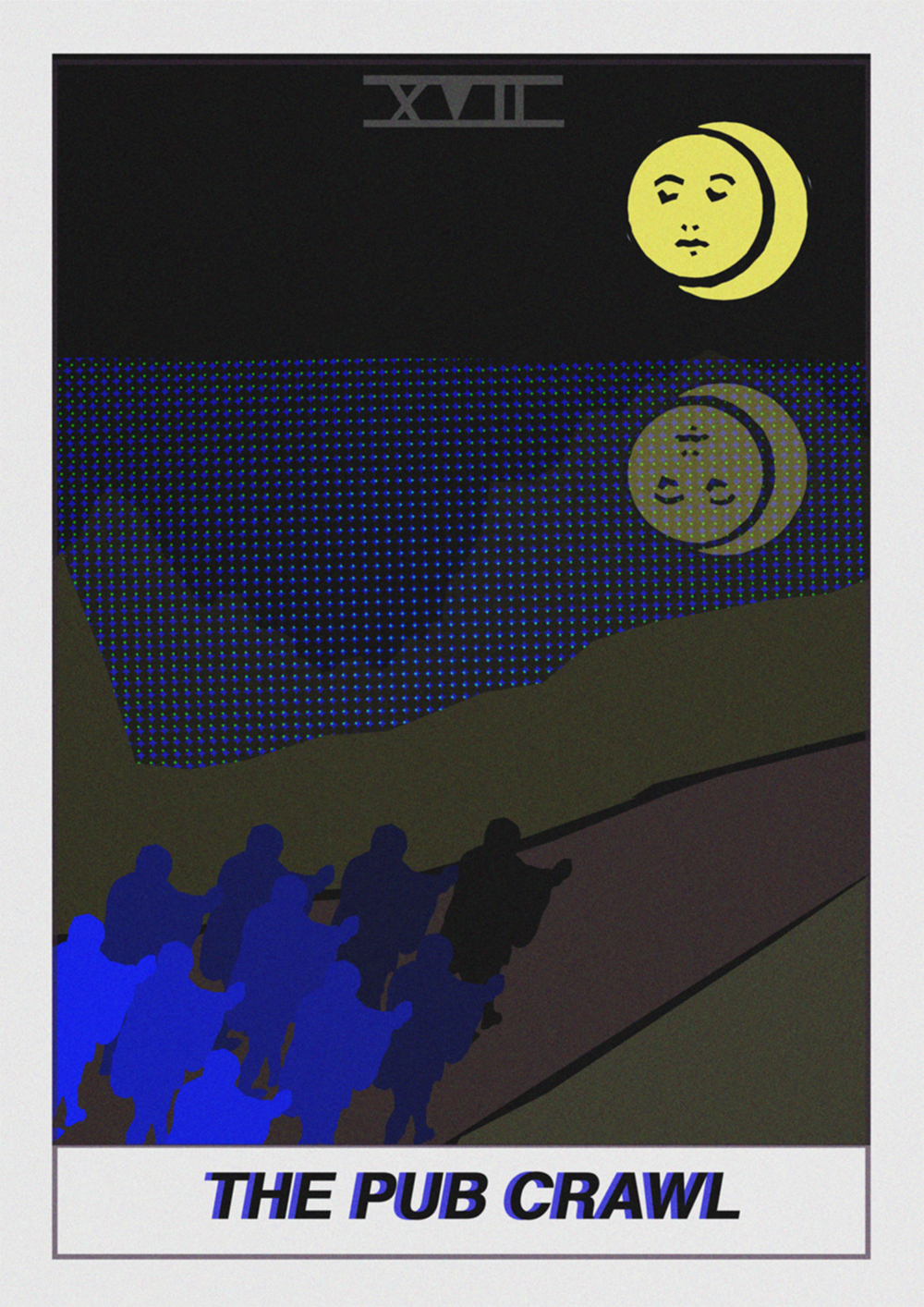 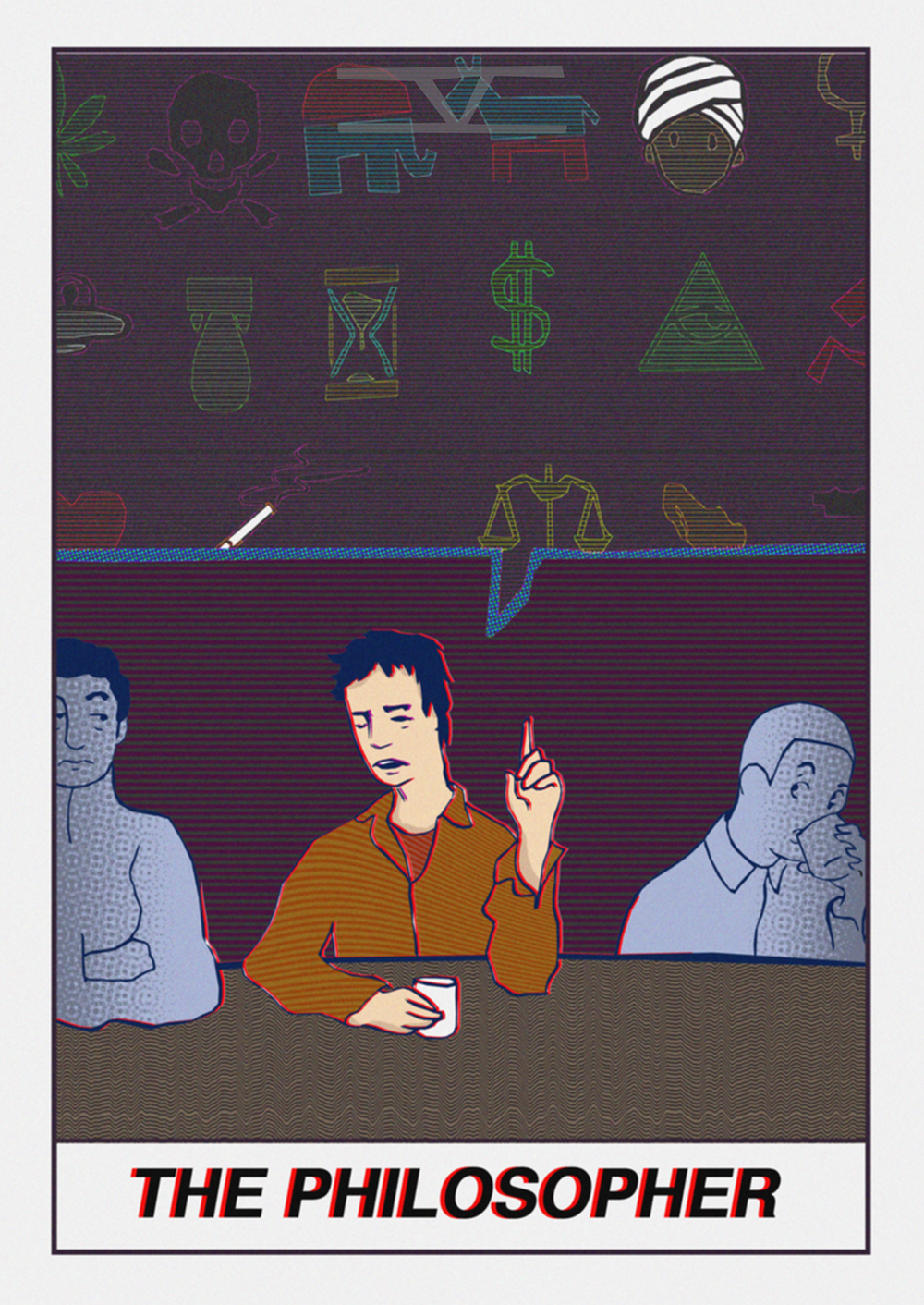 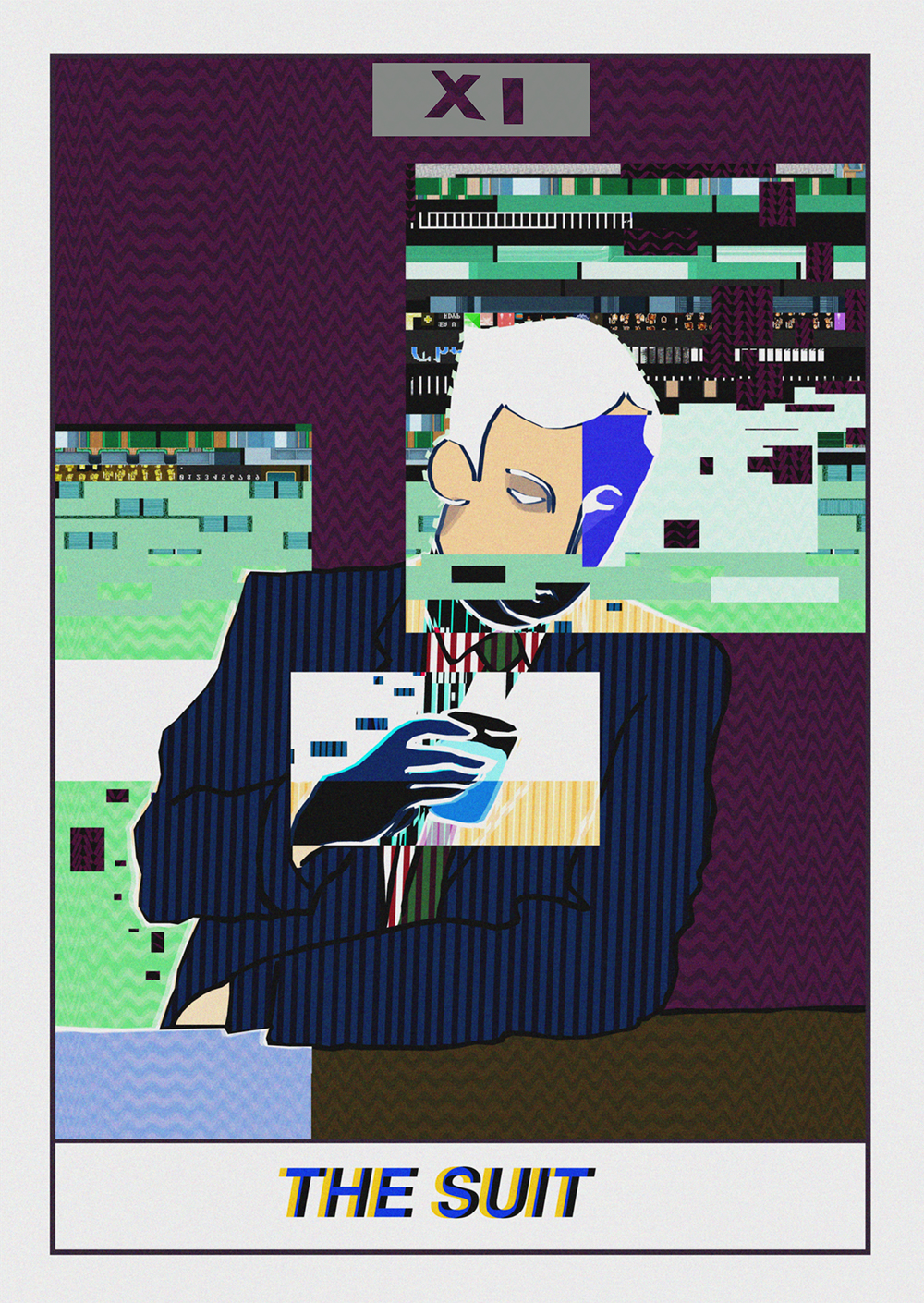 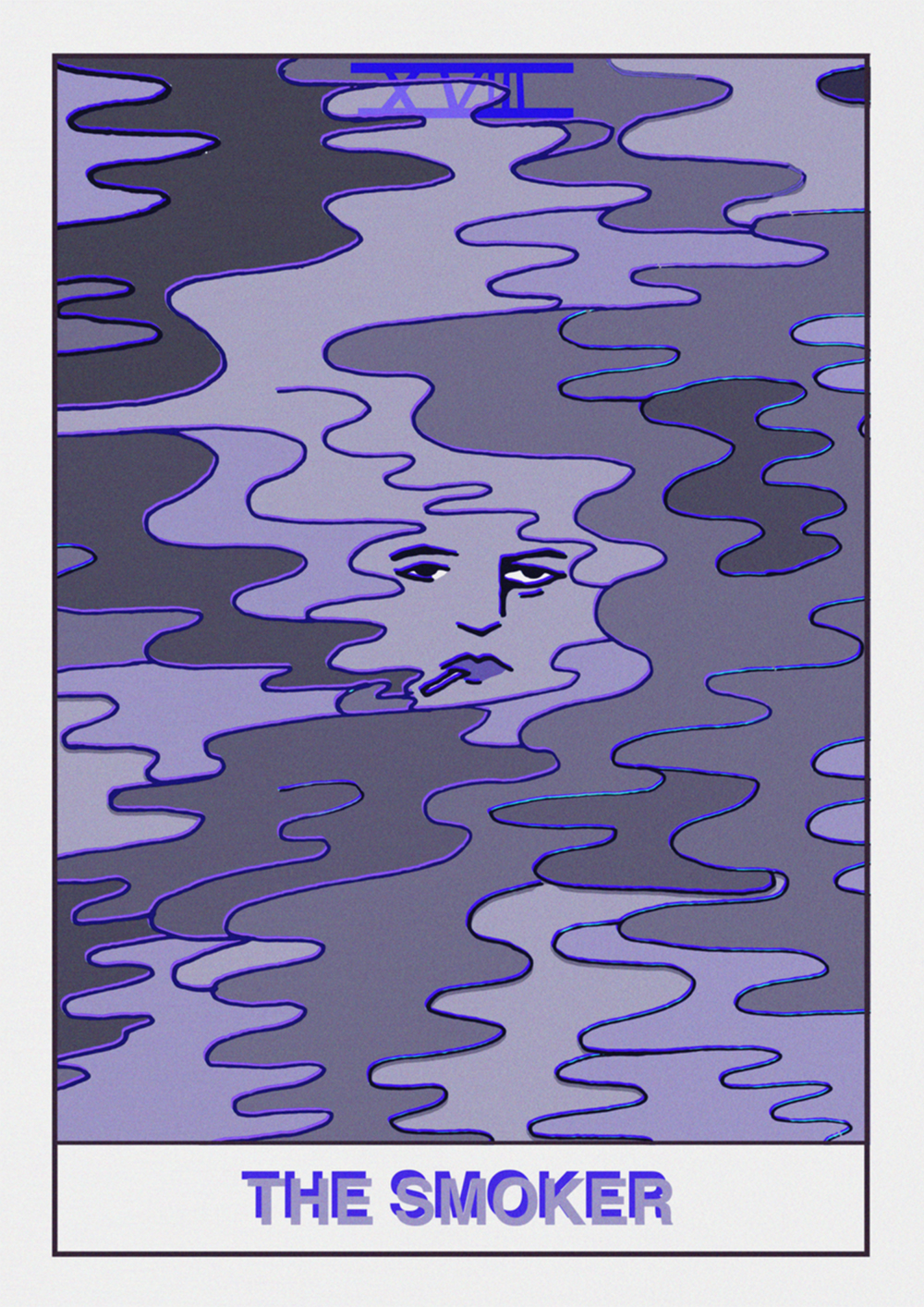 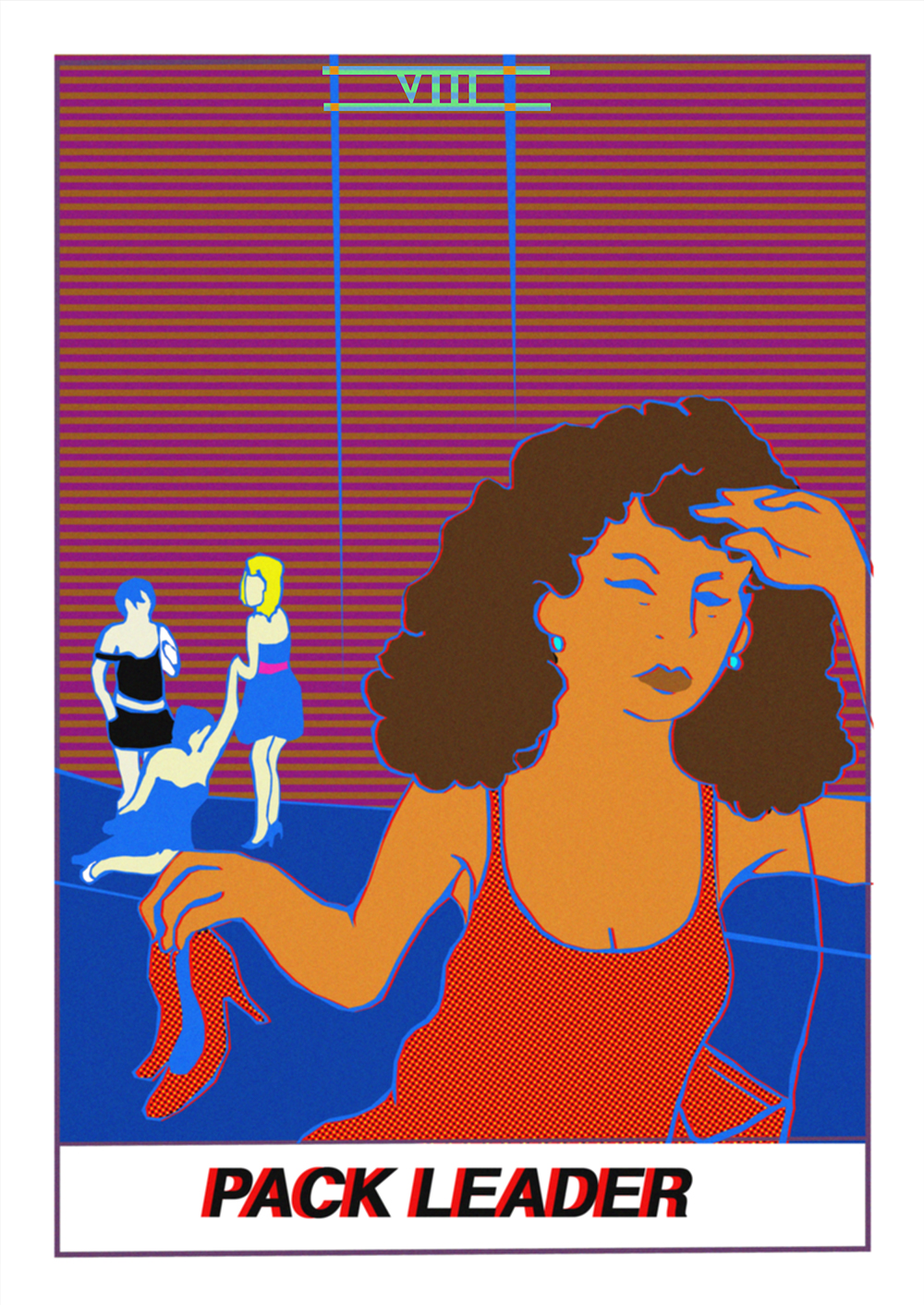 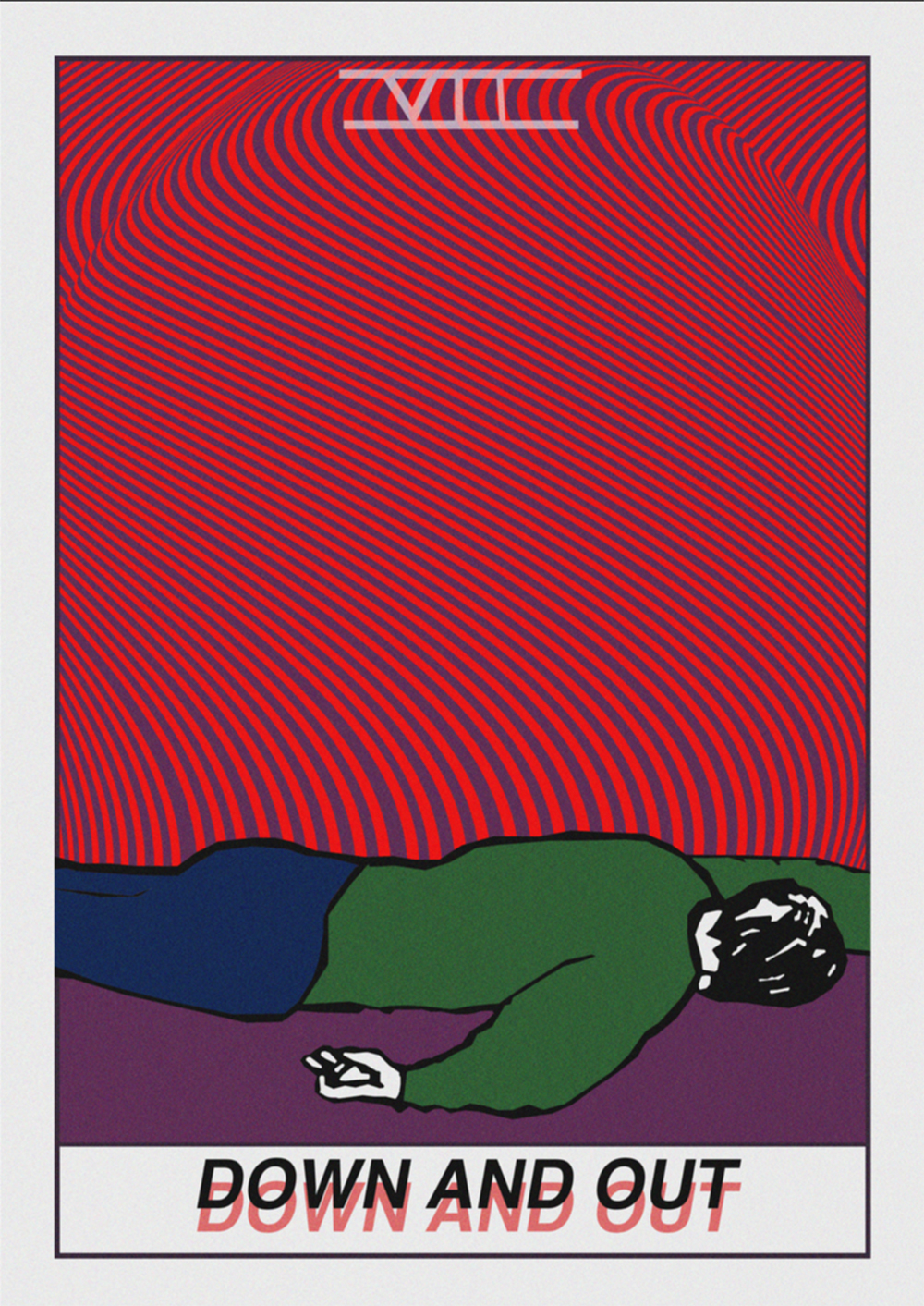 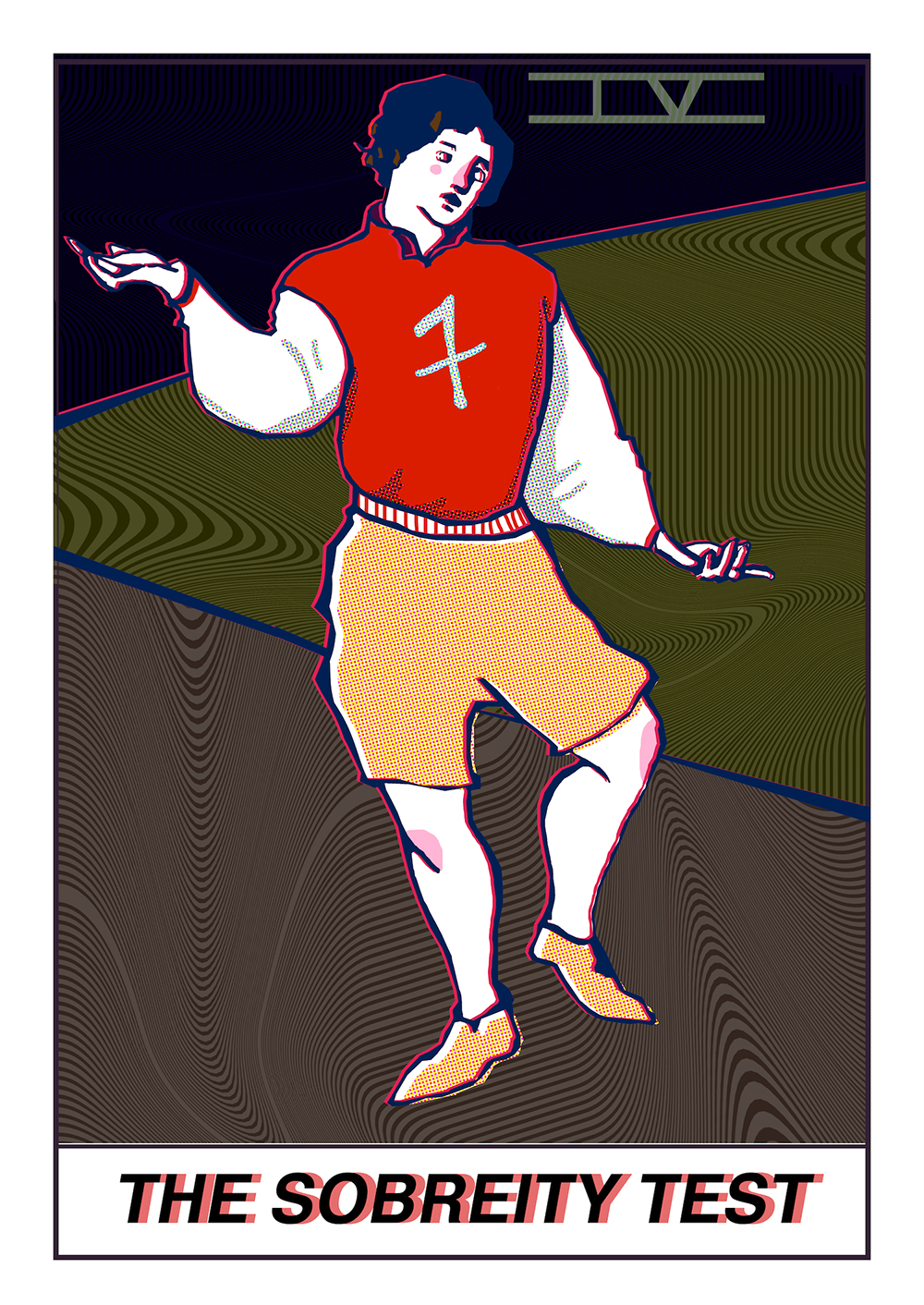 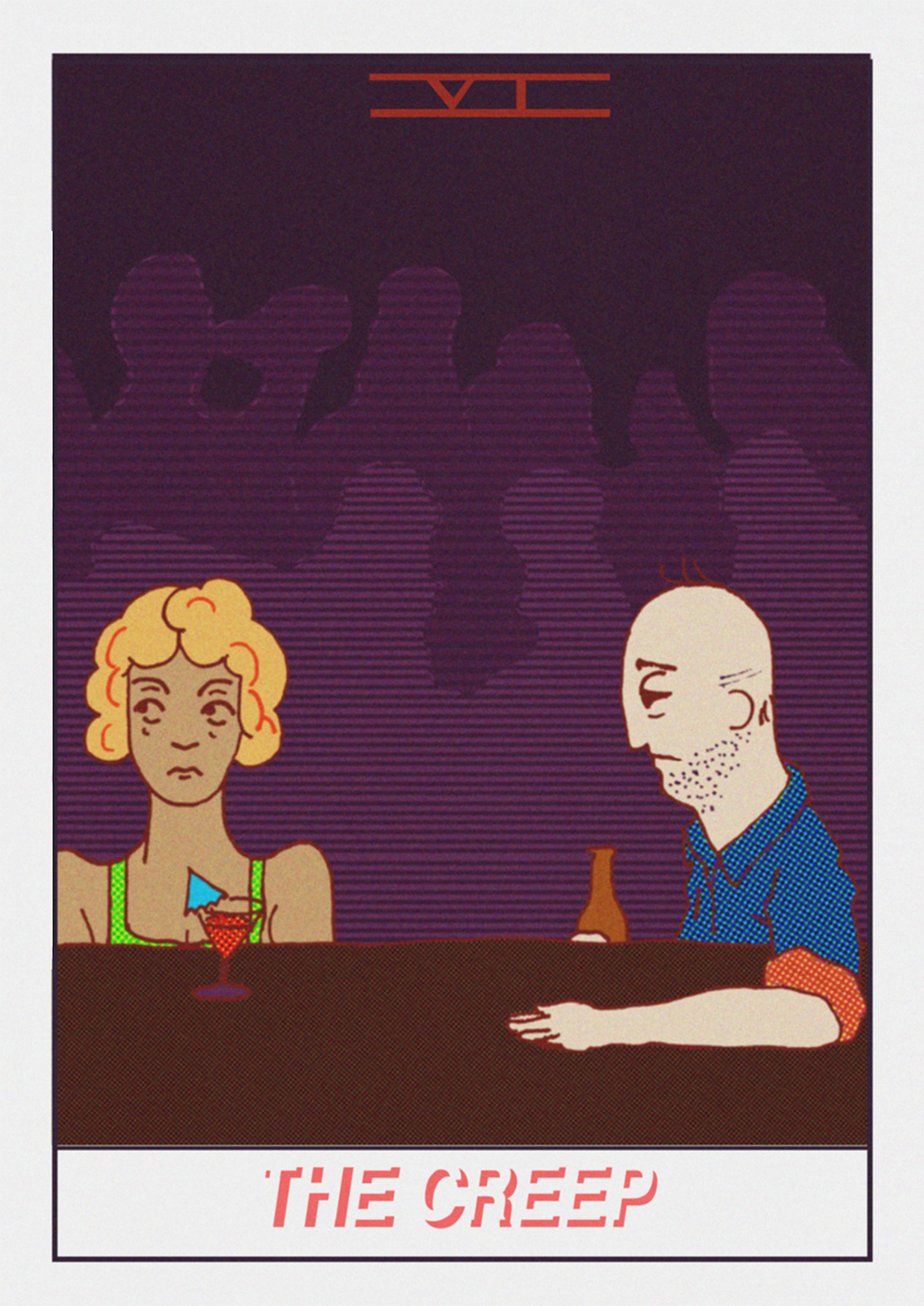 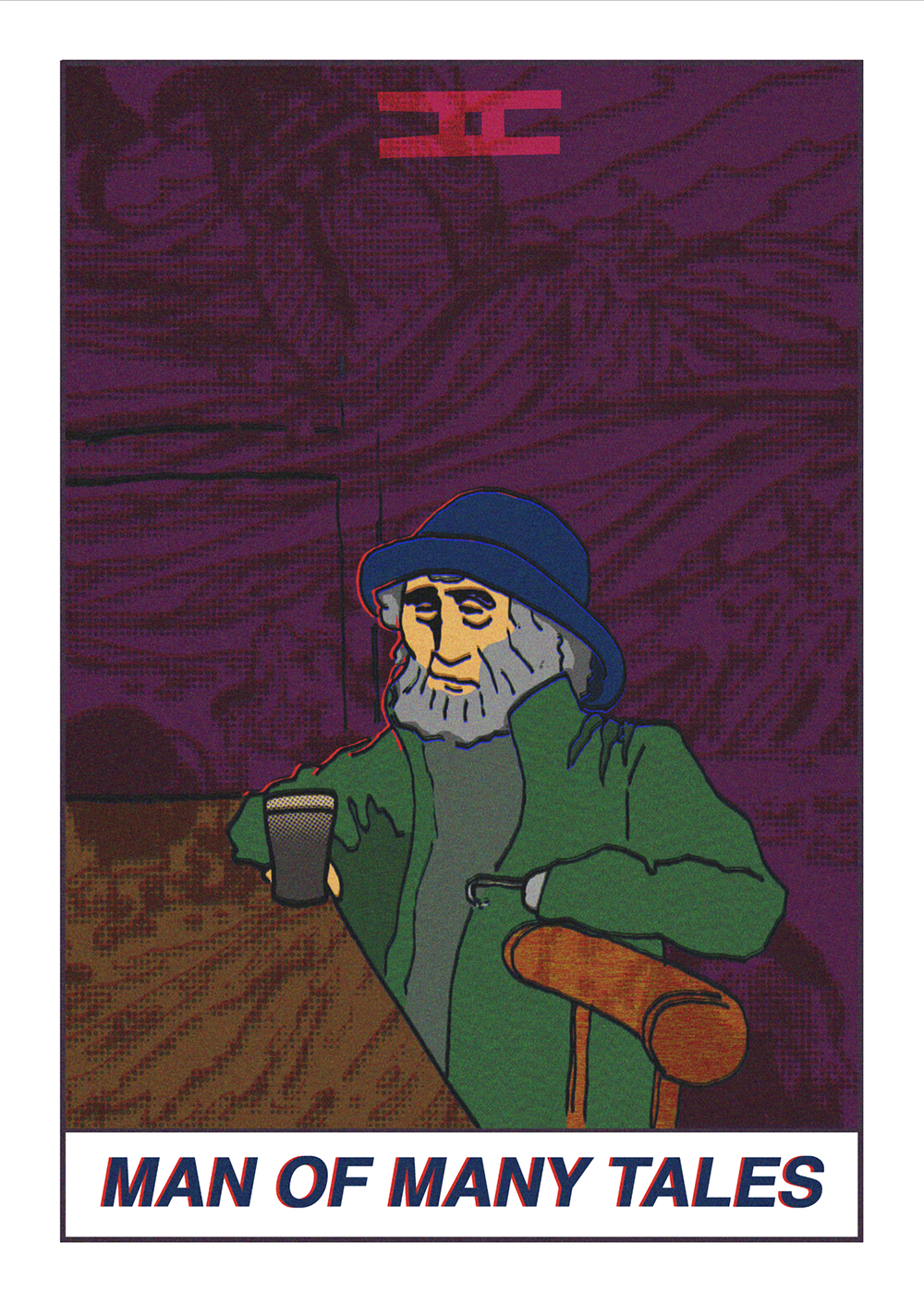 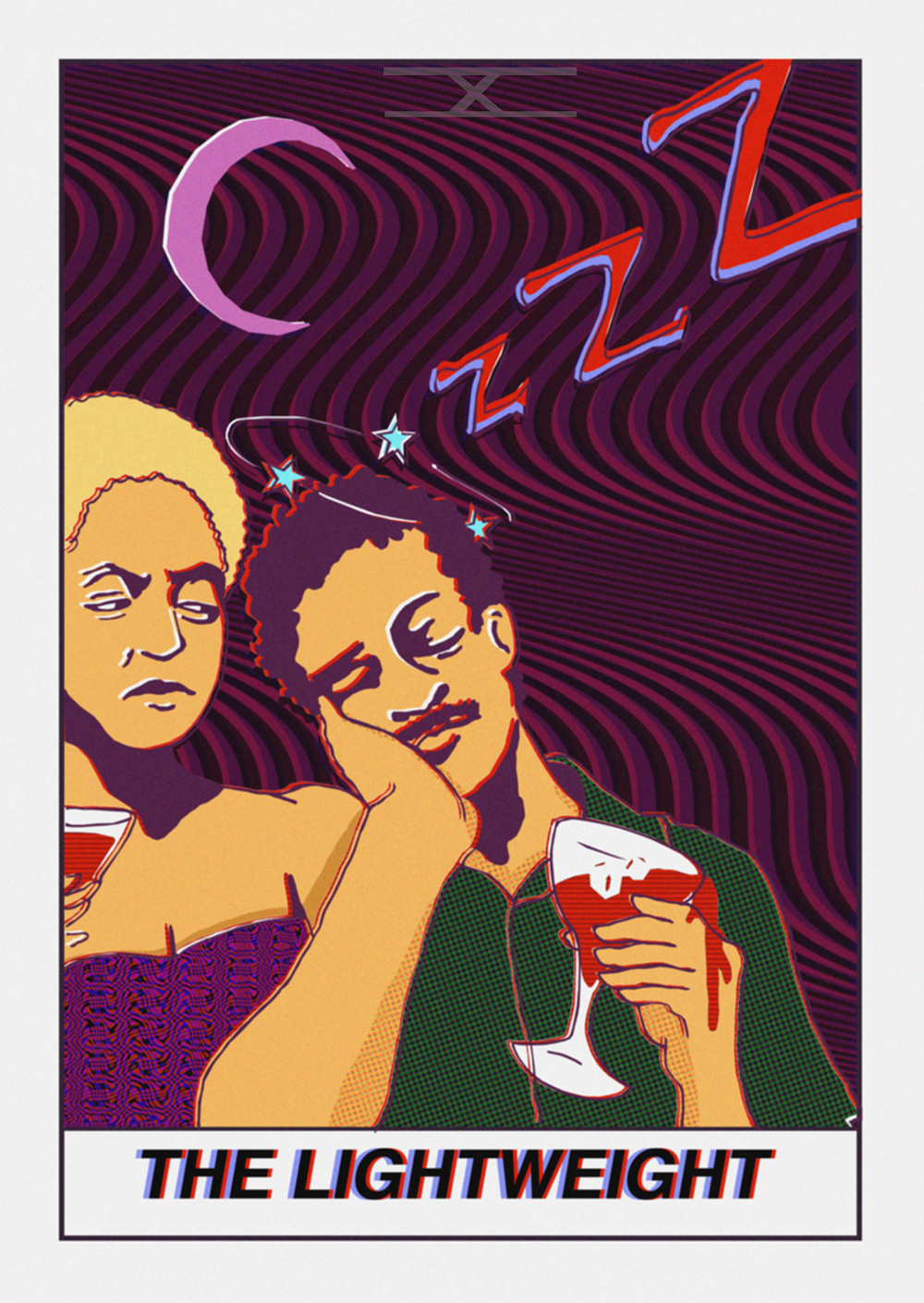 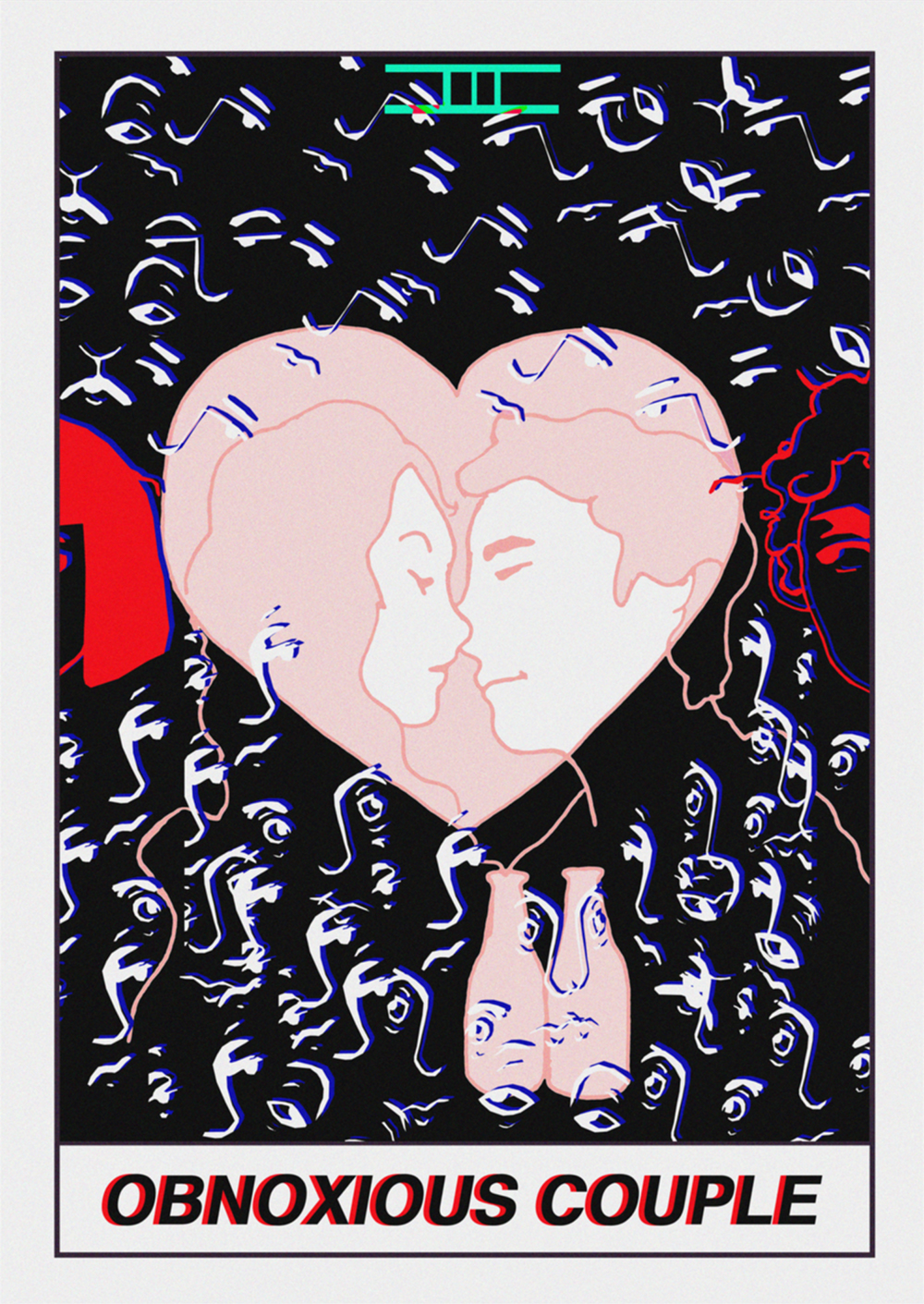 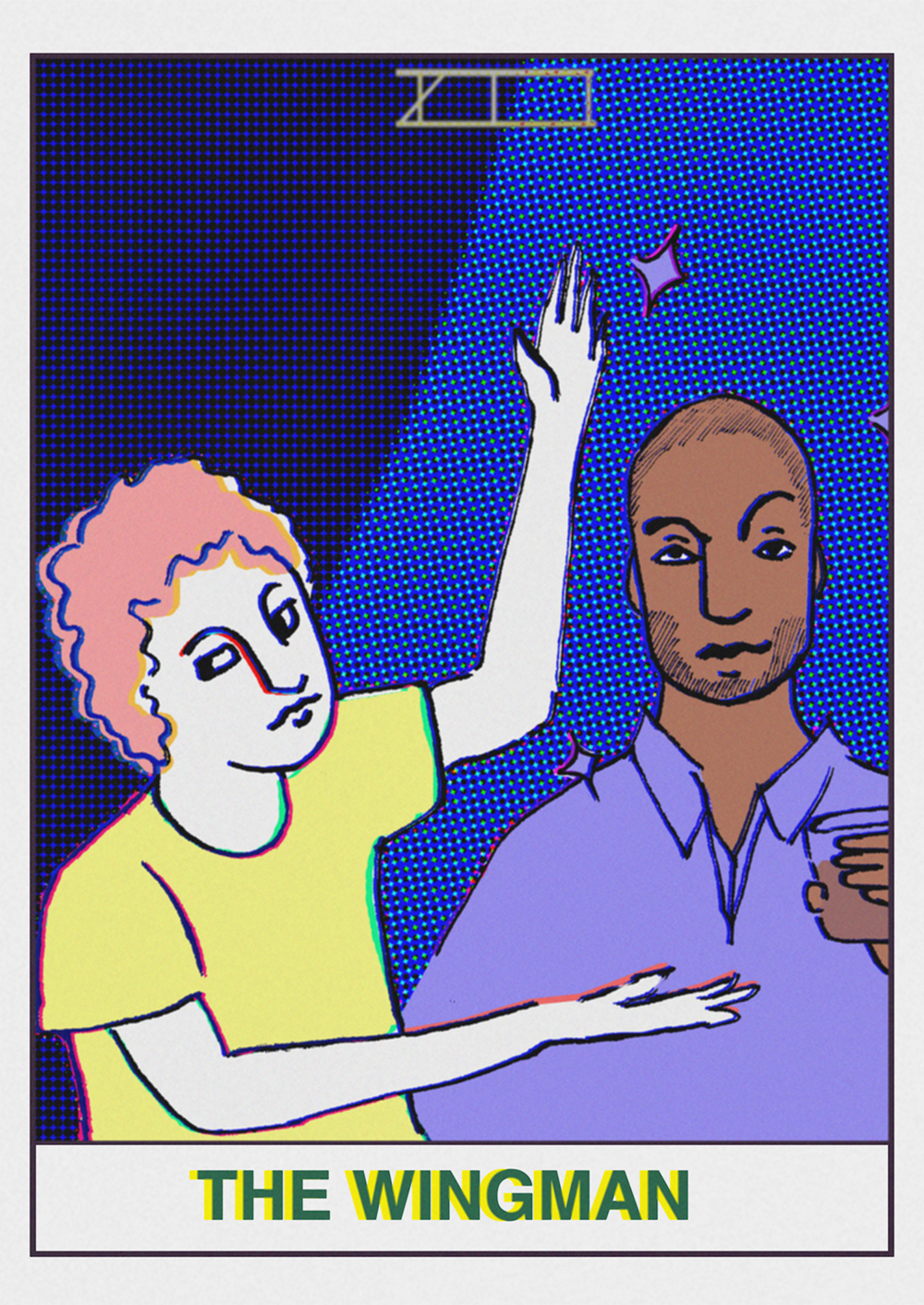 It's worth noting that in 2014 when I designed this, the only computer I owned was a 2012 MacBook Air (for tech nerds, this is often considered the worst Air to ever release because of it's many bugs and design skimps) with a broken screen.

A screen that was so broken, that in order for 17-year-old me to show clients my work, I not only had to bike to them with my computer, but bring with me the only external monitor I owned: a 10-pounder of a "flat" screen 20" television.

I didn't really understand resolution and DPI at the time, so I made the files unnecessarily big. Each file was at least 1GB until I did some reading, but still, each and every one of these cards took hours, primarily because I was stretching the Air out to it's very limits, crashing my computer constantly, and biting my nails at every save.

Well, thank you for checking out this strange little display. Maybe one day these will hang in another bar.

Please look at my other, more recent works next. 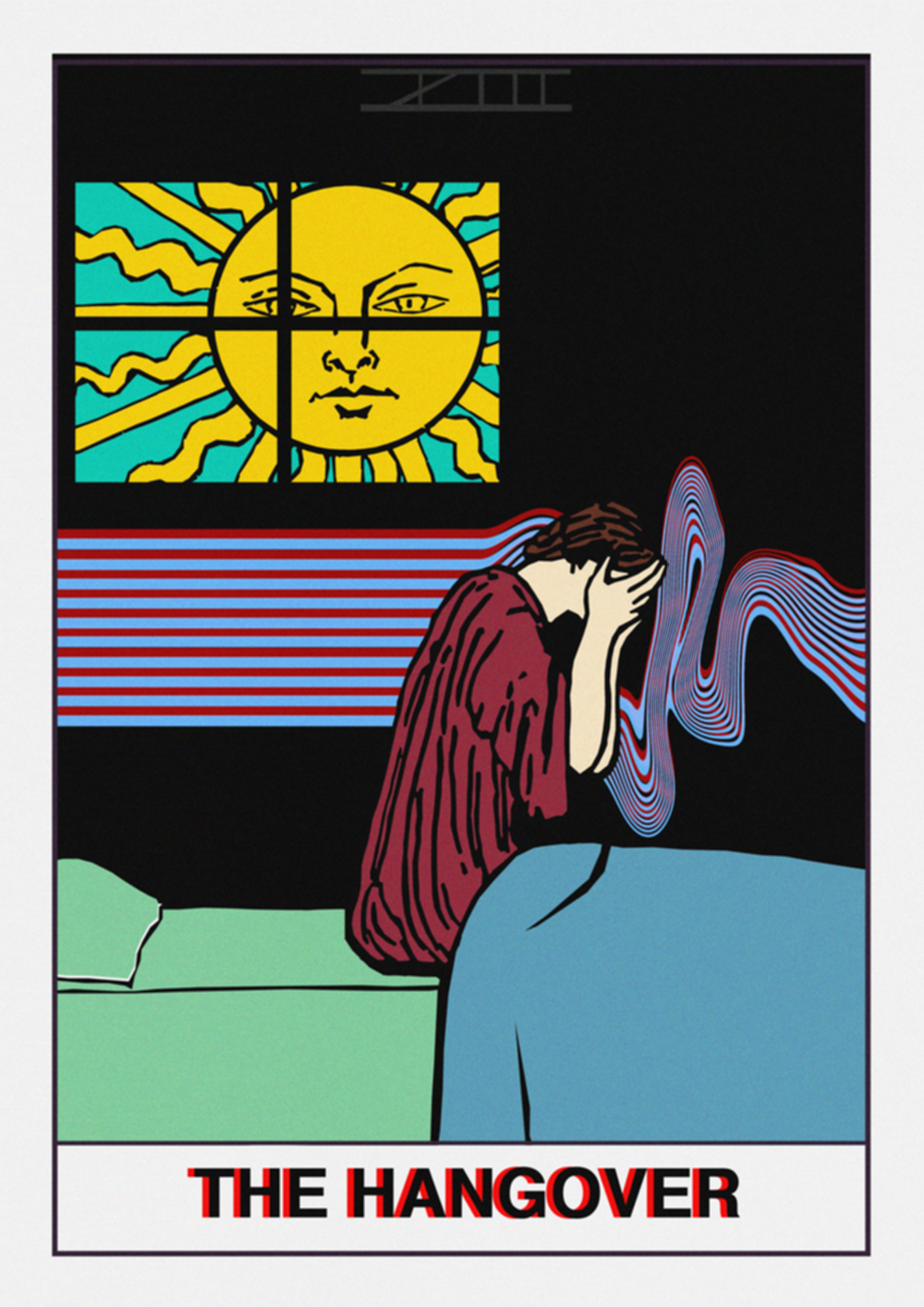 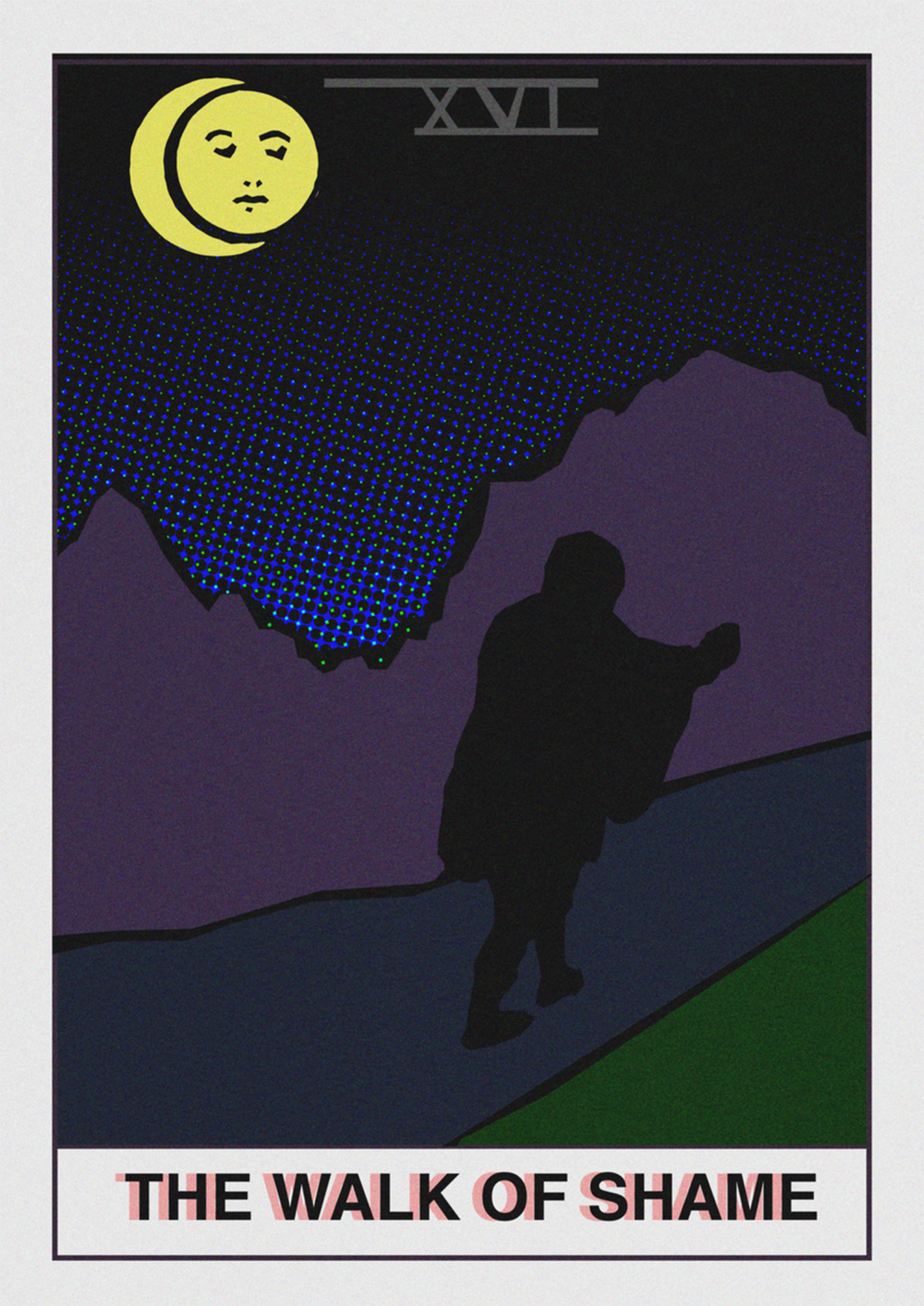 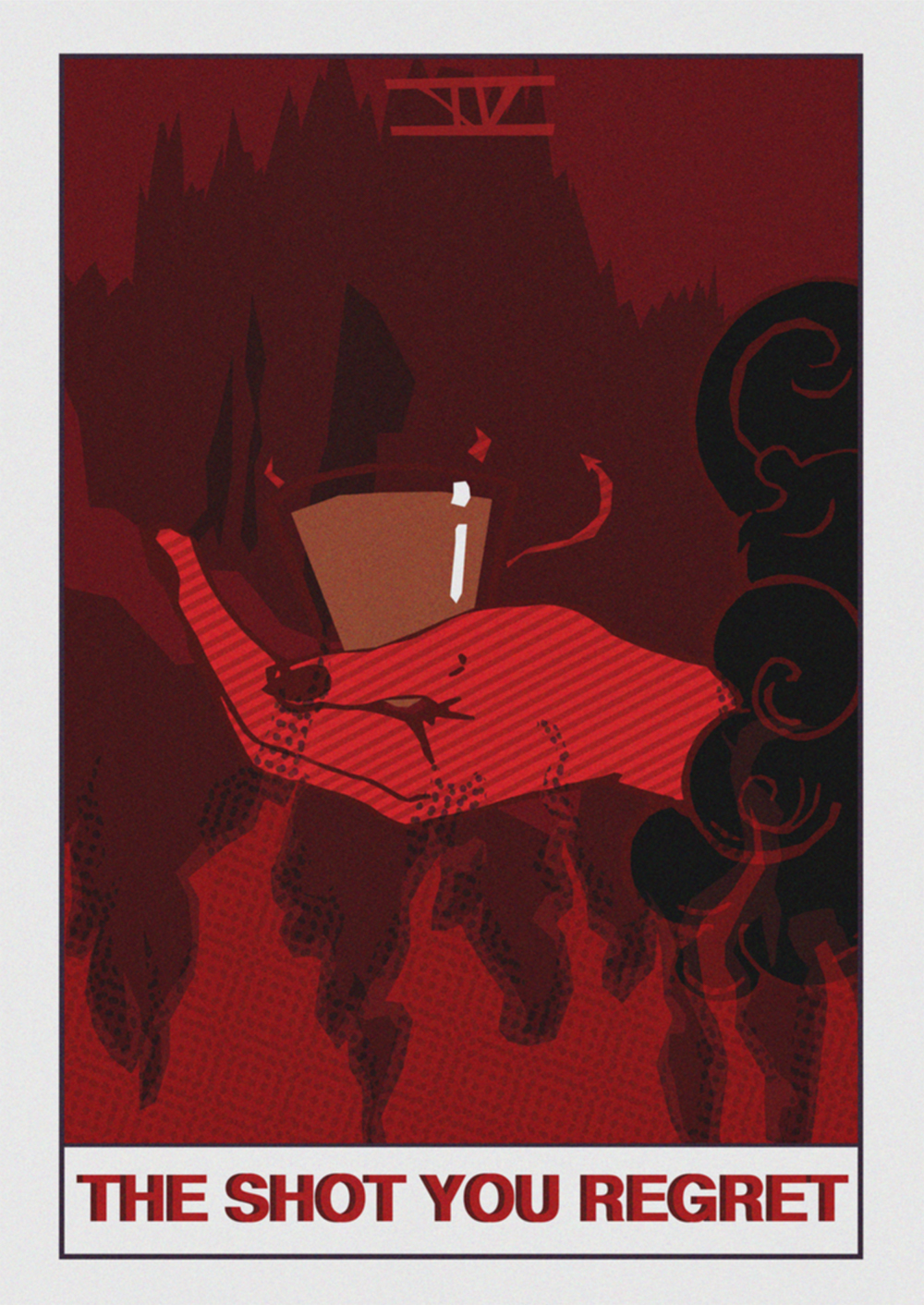 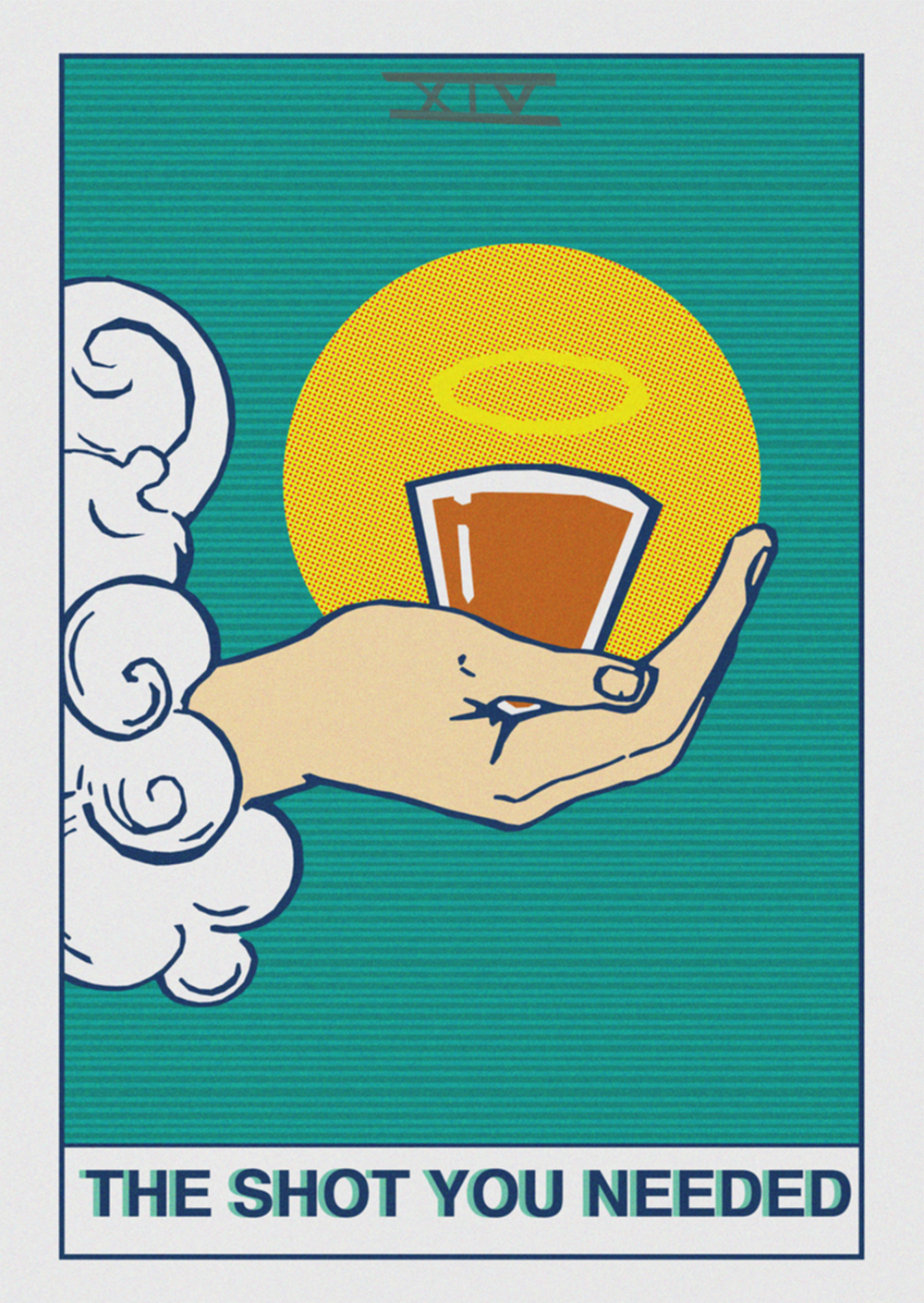 Each card's design is based off the 1910 Rider-Waite tarot deck, arguably the most popular tarot deck ever printed.

The original designs are referenced (sometimes through the awkward anatomy) and even directly copied in some areas.

I went rather heavy on other effects to create an abstraction of the atmosphere I imagined bars and pubs held (I was wrong).

The entire thing was designed in RGB. I'll never quite know how the original prints looked (probably not the best), but I'm happy to display them here in all their RGB glory.

See if you can spot the references to the Rider-Waite tarot deck...