I was commissioned by Peregrine Honig to design the Greenwood Social Hall website in spring of 2018. Greenwood anticipated international press and hype following a soon-to-be-published New York Times article about the space.

The article's potential impact to the space's cultural capital and bottomline was expressed to me as "astronomical."
Greenwood is church that was built in Kansas City in 1927 for a black congregation (whose own history goes back as far as 1890). The church was built by Waverly T. Thomas, one of the first black architects to work in Kansas City. The building served black Baptist congregations until 2016, when much needed renovations were too expensive for the congregation and the church was sold and remodeled.

Later that year, Honig was brought on as design consultant for the remodel, and building soon became her home. "Greenwood Social Hall" was to be a place for communities to gather in celebration of the arts, and in defiance of bigotry... and also Honig's living space. Honig, being a white-passing woman received local criticism for the revitalization of a space that was designated and consecrated by black people. Being Jewish, Honig is no stranger to social concepts of appropriation and white-washing. She went as far as having the former pastor and his wife over for dinners, but this didn't erase her new home's controversy.

I am black and I was raised Baptist. With this personal history along with my expertise on navigating these sensitive issues (demonstrated especially through my work with the transgender community and All Is Fair in Love and Wear), Honig knew that I was only person with the design skills and socio-political sensibilities to help her tell the history of this space, while modernizing it for new experiences. 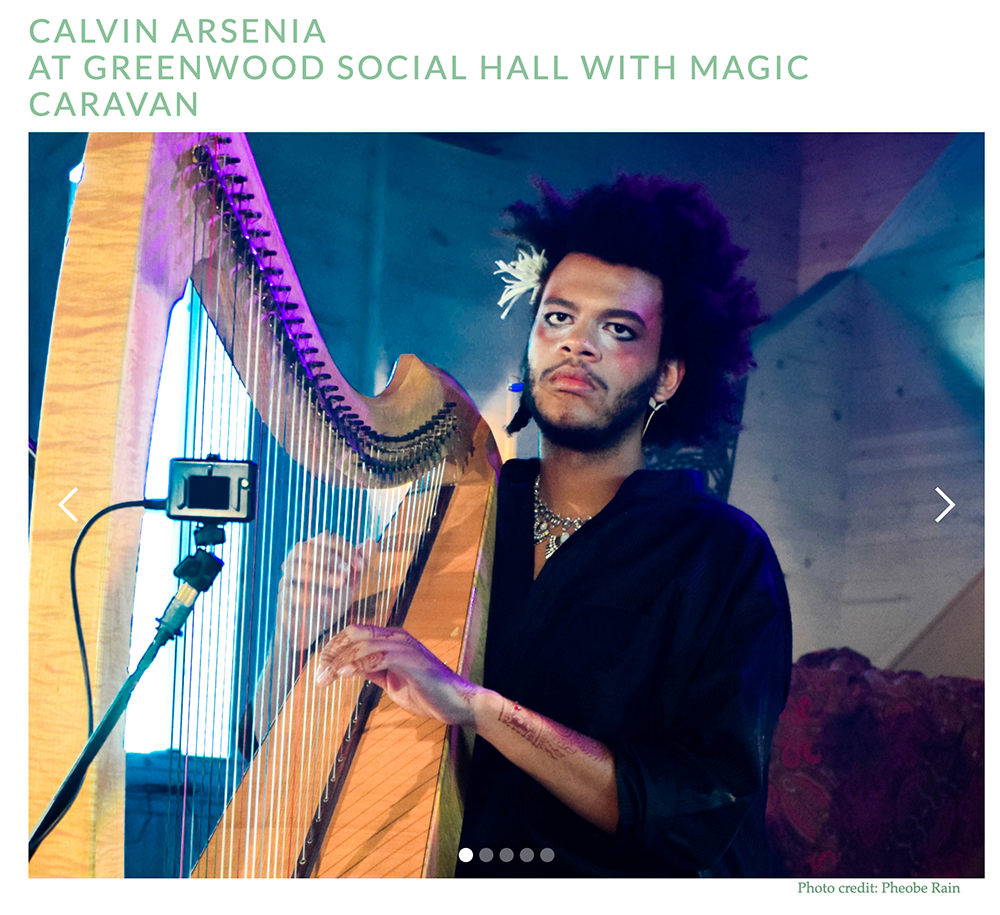 The first decision was removing her from the space. In order to hold respect for Greenwood and it's history, Honig had to talk a very public step back, which meant minimal mention of Honig in most aspects of the site and it's language. Which is difficult, as the space is so much of her work--Greenwood would not be Greenwood today without her eye in the renovation, and her art collection, carefully curated along her walls, that brings so much to Greenwood.

We focused on the space itself and the events that have been held there, making a point to highlight the people of color, women, and LGBTQ artists that perform and display work at Greenwood often.
The scale of the space is admittedly difficult to capture, so I instead focused on the intimate moments that define your time at Greenwood.

This was photo was taken from a 2018 sermon. Honig's continuing to respect Greenwood's history as a place of worship was also important to highlight. 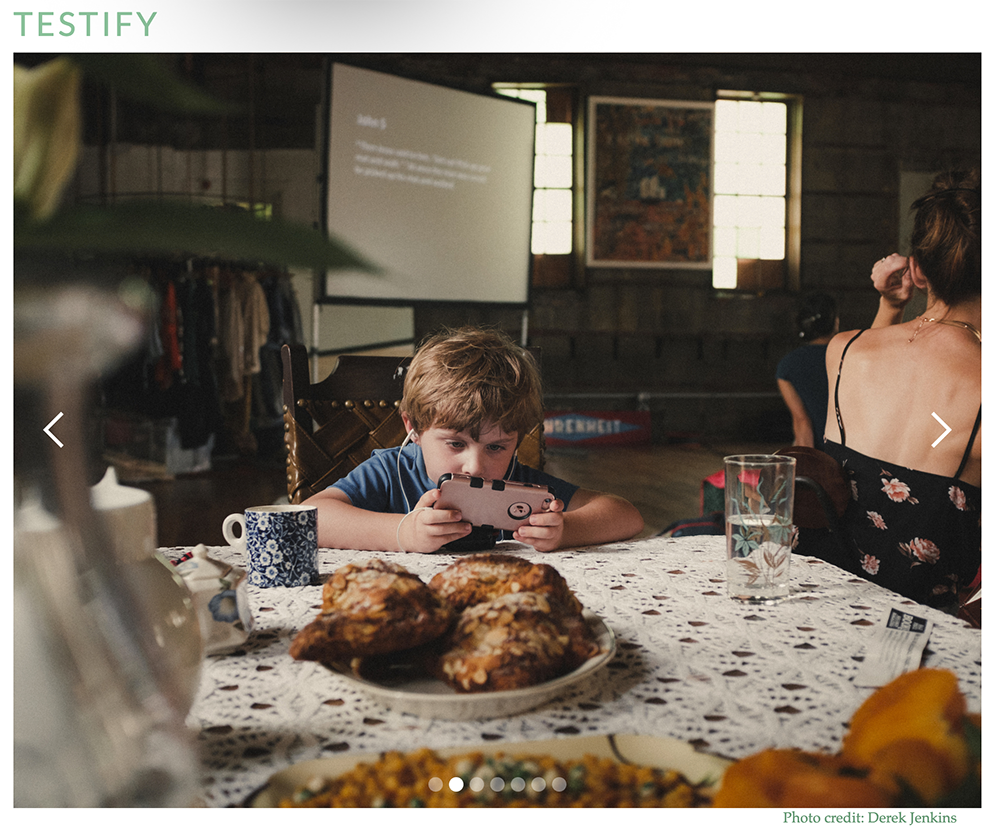 I decided on various weights of simple Lato for the primary typeface, as the simple modernity was a great contrast to their vintage logo. Palatino Linotype for subtext and descriptions gives Greenwood a timeless feel.

The type paired with smooth scrolling animations sets the stage with professionalism and intrigue.

These elements had to be clear but concise so the images of Greenwood stood out as the focus.

Parallax was used to great effect for a series majestic reveals on the home page. The viewer can really begin to imagine themself in the space. 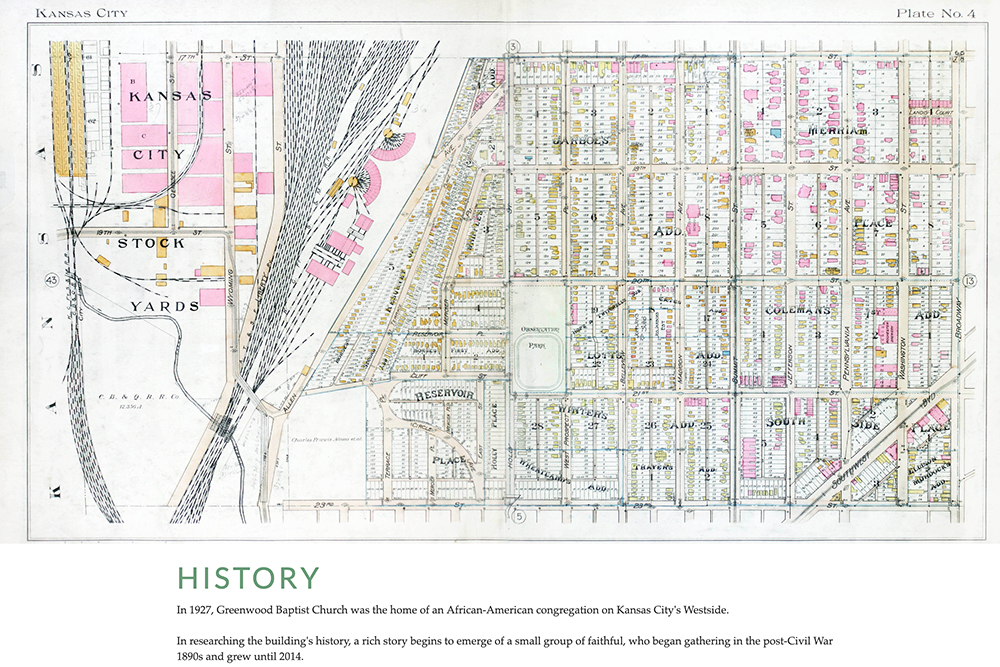 I built out a History section of the site, where viewers can click to enlarge high quality scans of historic documents through the near-century of Greenwood's rich history.

HISTORY is the first link in the navigation (second only to a redirect back home). This was an effort to heighten the importance of these amazing documents, and show that it's a priority to Honig, not an afterthought..

As Greenwood continues to learn about it's history, they now have a place to catalogue it all. 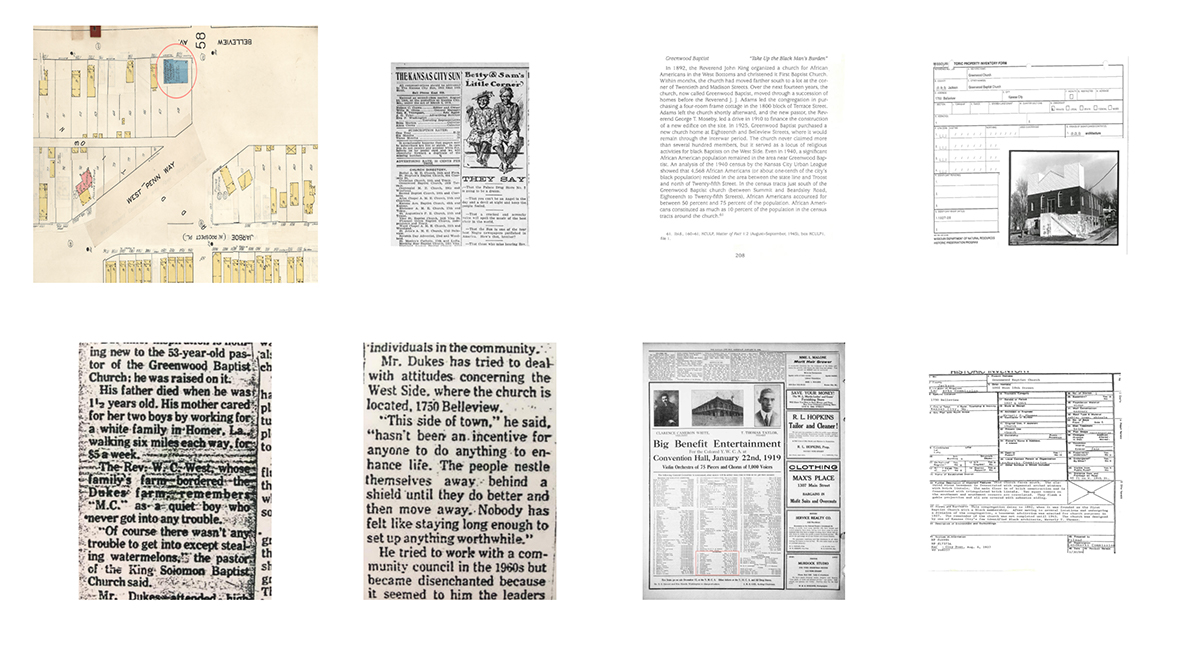 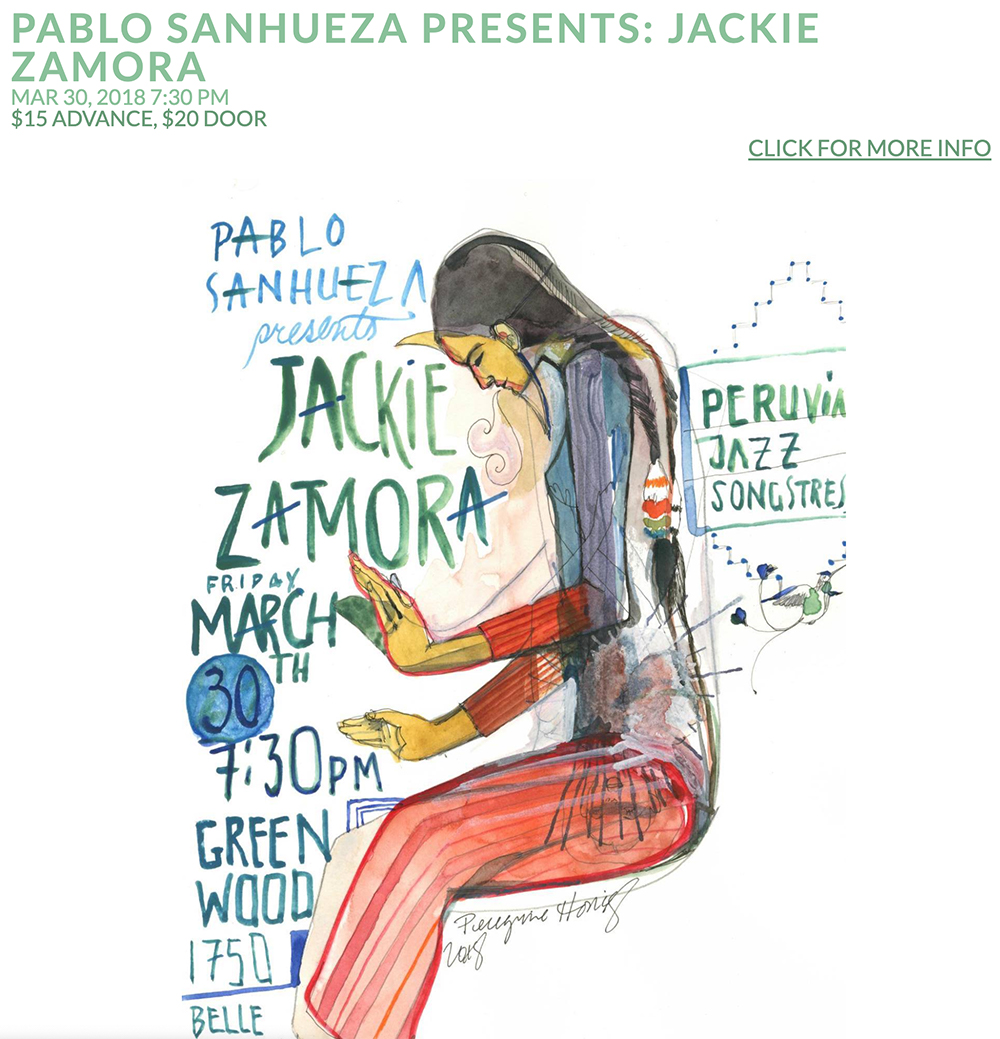 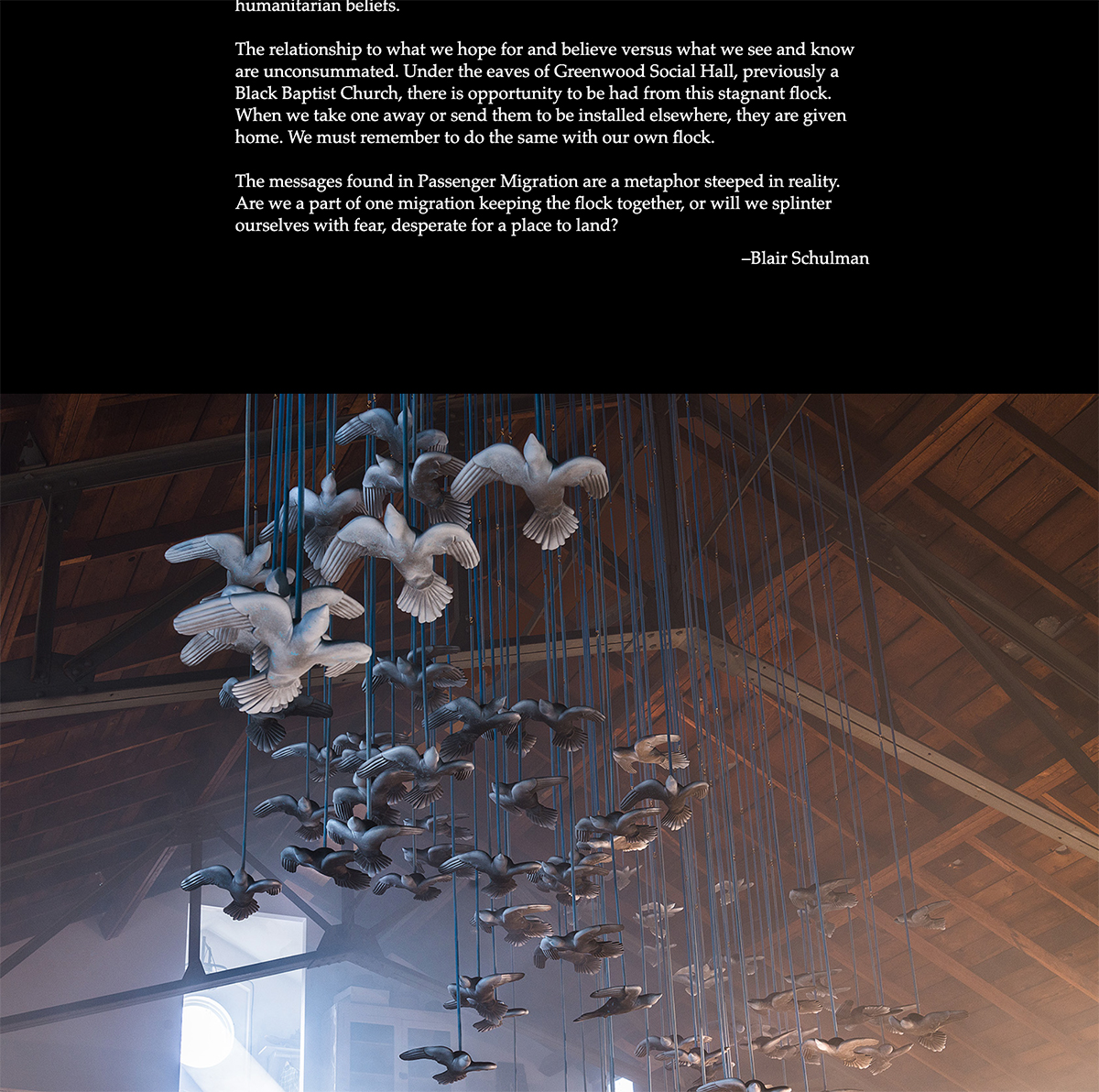 Greenwood also needed a place to outline it's future:

I also designed a reusable template for upcoming and past Greenwood events.

Honig can easily populate a form with new event information so the site automatically generates a card like this one. Her work perfectly complements these, as she tends to work in similar dimensions and color schemes already. How lucky.
Miraculously, I was able to complete this project under the crunch of a few days, commissioned right before the article was to be written and published. It was a huge challenge.

I served as a designer, photographer, and writer, wearing as many hats as possible while Honig supplied a limited, though stunning collection images and information. Even with these, I didn't have much to work with: many of the images were not taken with digital in mind, or weren't of the best resolution.

Still, everything came together in the end for a website that can support Greenwood's history and Honig's vision for it's future. And it was an honor to have been chosen to work on such a historically potent place, that continues to see light and joy today.
‍
I wonder if Waverly T. Thomas ever imagined his building, this little church in Kansas City, would be on display for the world in The New York Times...
For the in-house gallery and collection., rather than opting for just a slideshow and didactic, I went editorial.

Blair Schulman accepted my request to republish his review of the displayed work: Ross Redmon's Passenger Migration, a breath-taking flock of ceramic pigeons that hang from Greenwoods ceiling.

This is the only section of the site with a black background, but it gives the site a level of consciousness and tone that isn't found in other event space sites.