While this primarily meant organizing their assets from Design Ranch onto a pre-existing poster format, I did get more freedom in the promotional material for Belfast Girls.

Dramatic (of course) while still adhering to the Fishtanks signature aesthetic and design elements. 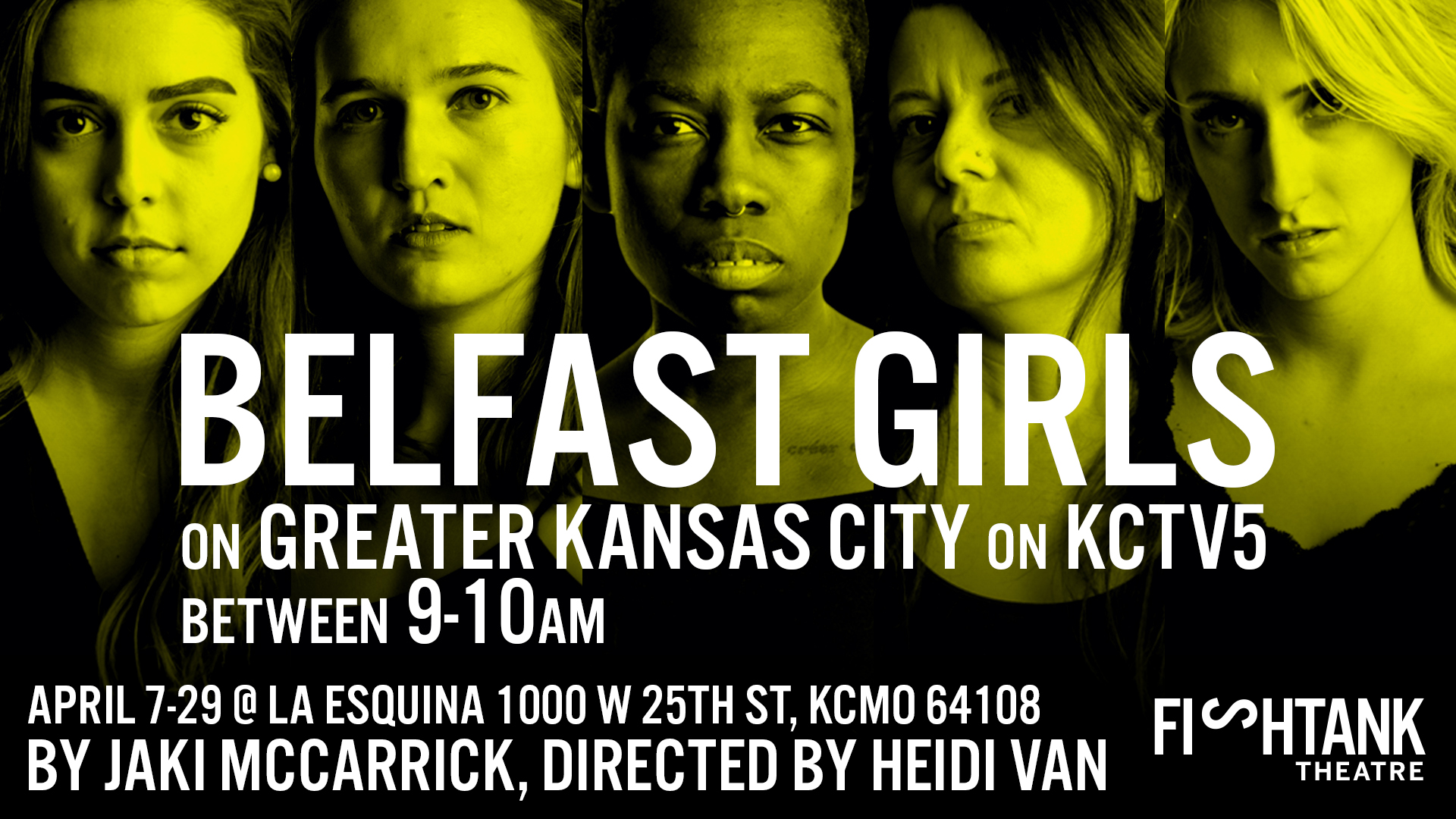 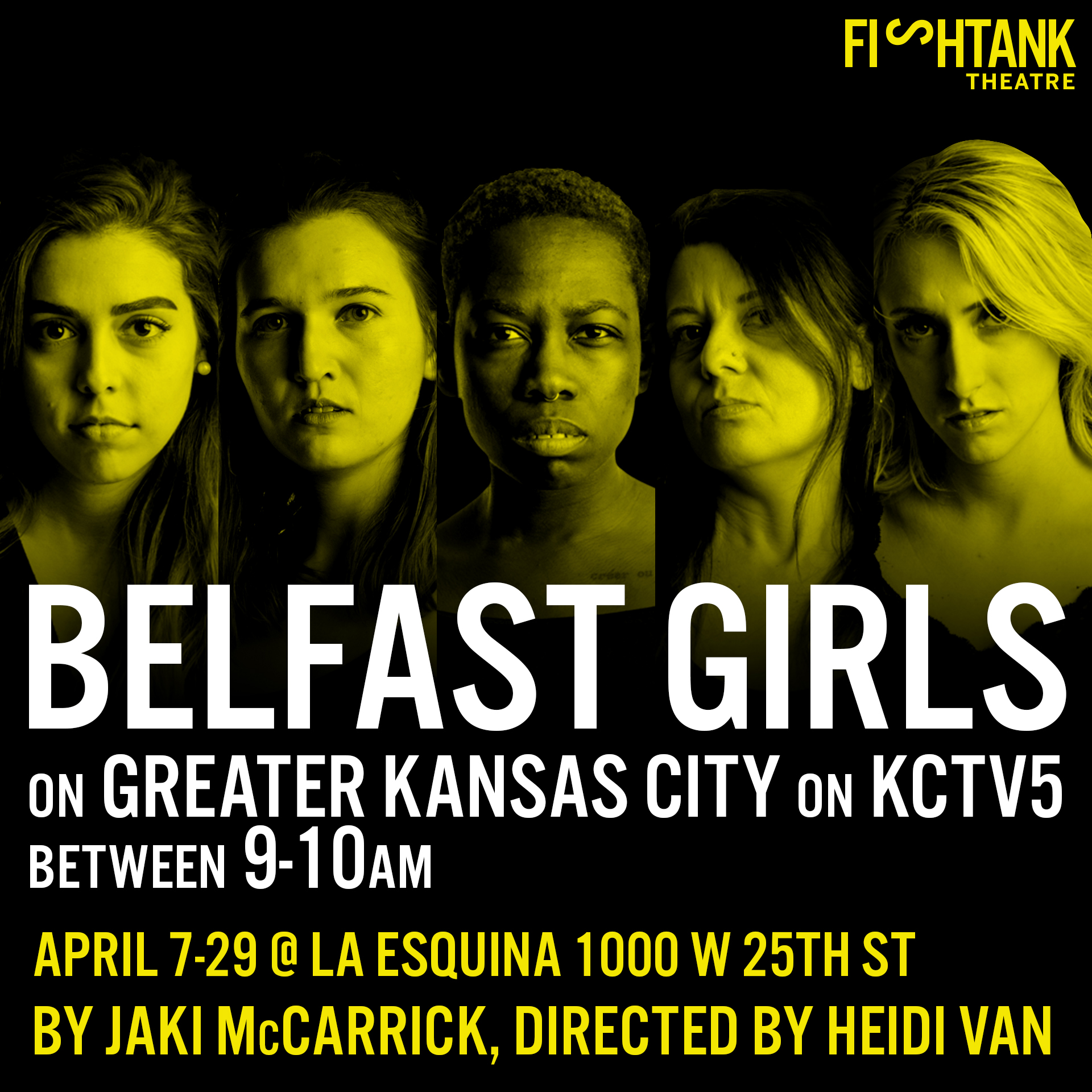 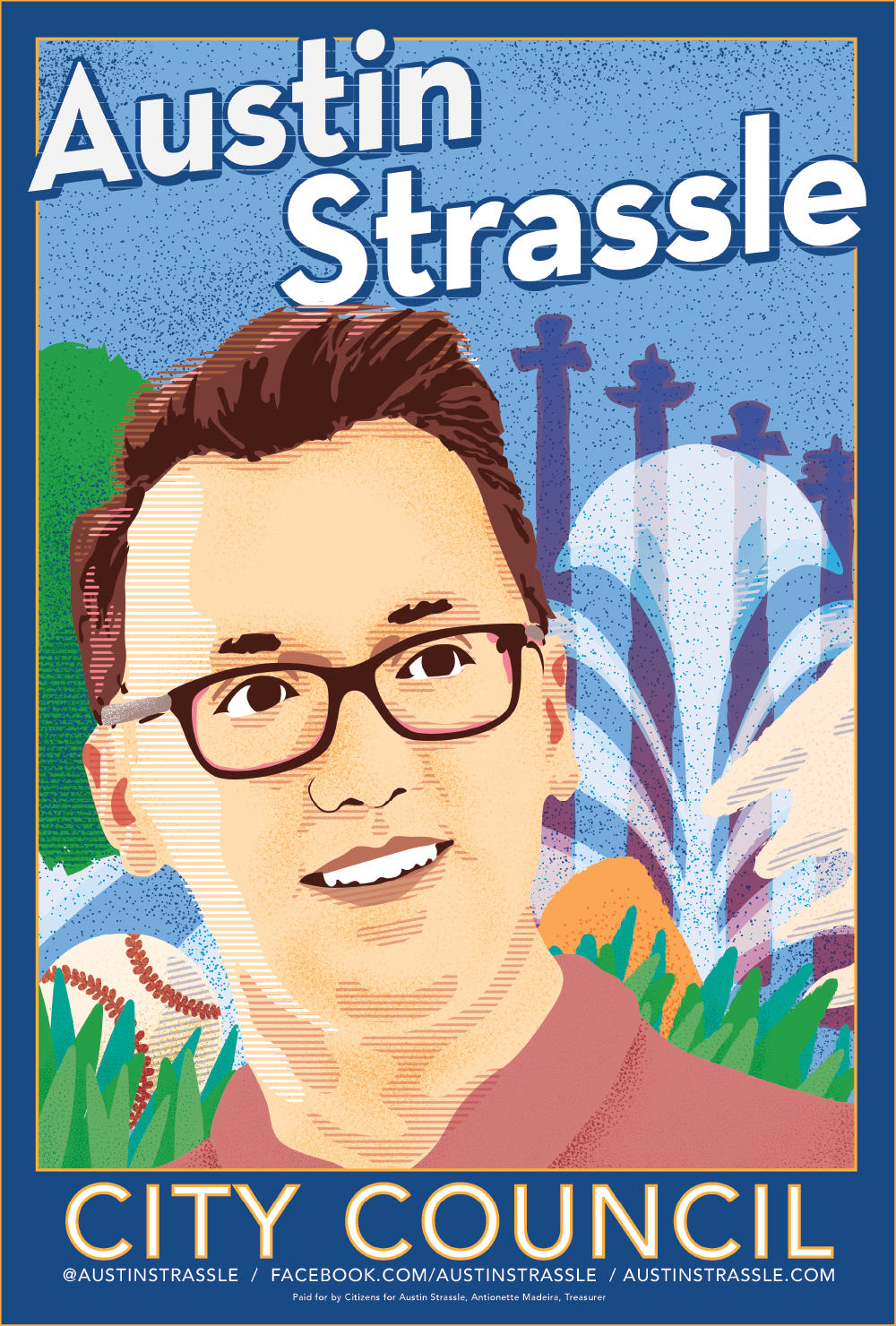 From 2018 to 2019 I directed design, marketing, and IT for the Austin Strassle KC City Council campaign. See all the web design work here.

Strassle wanted a poster reminiscent of the Shepherd Ferry "HOPE" posters (as clients often do). I suggested that we only play into that lightly.

I decided this flat, vintage styling would put Strassle in the best light, and used scan lines and stippling to provide a greater sense of detail and depth. A few subtle, low-detail Kansas City icons in the background helped create visual variety and identity, while keeping Strassle front and center. 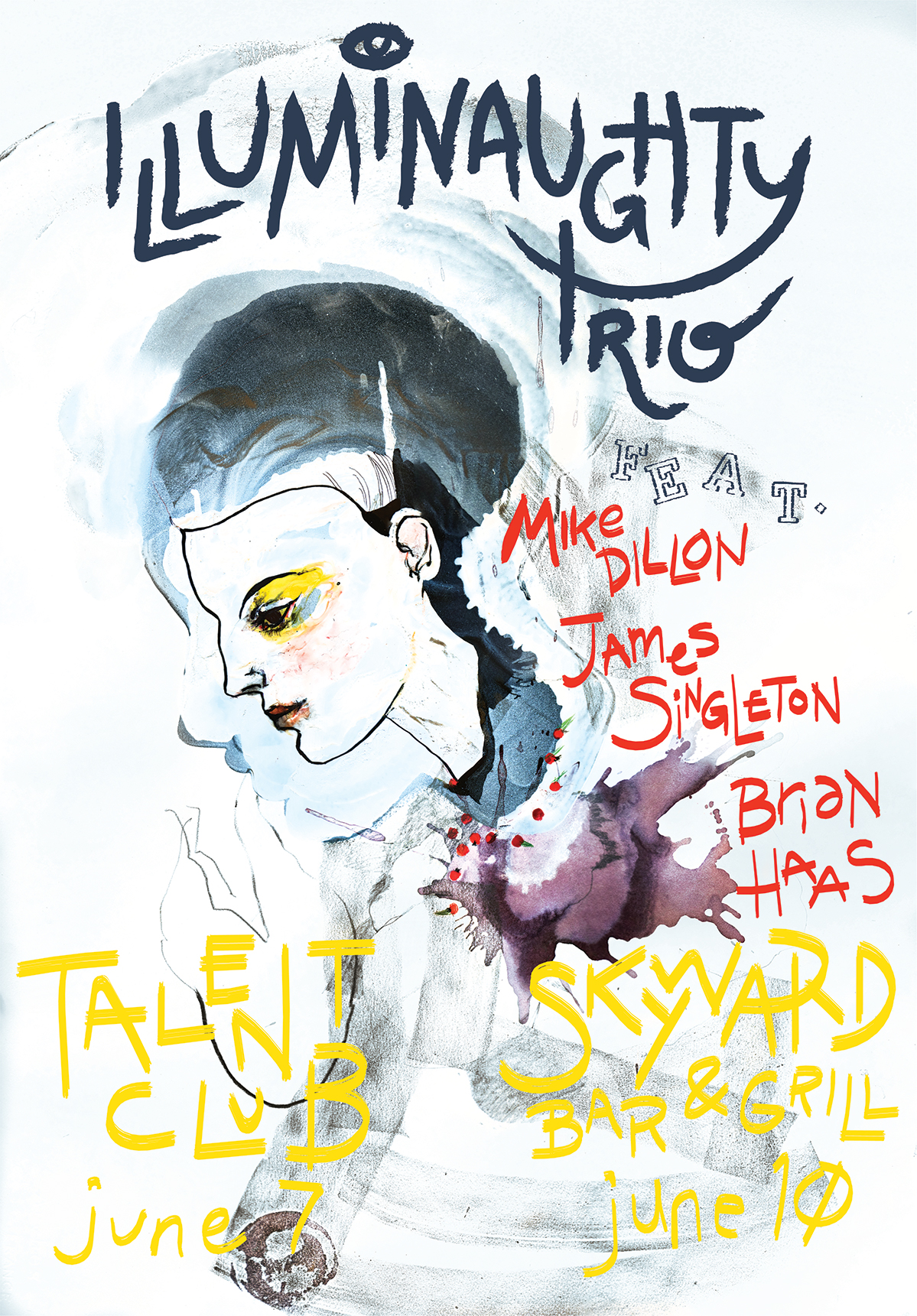 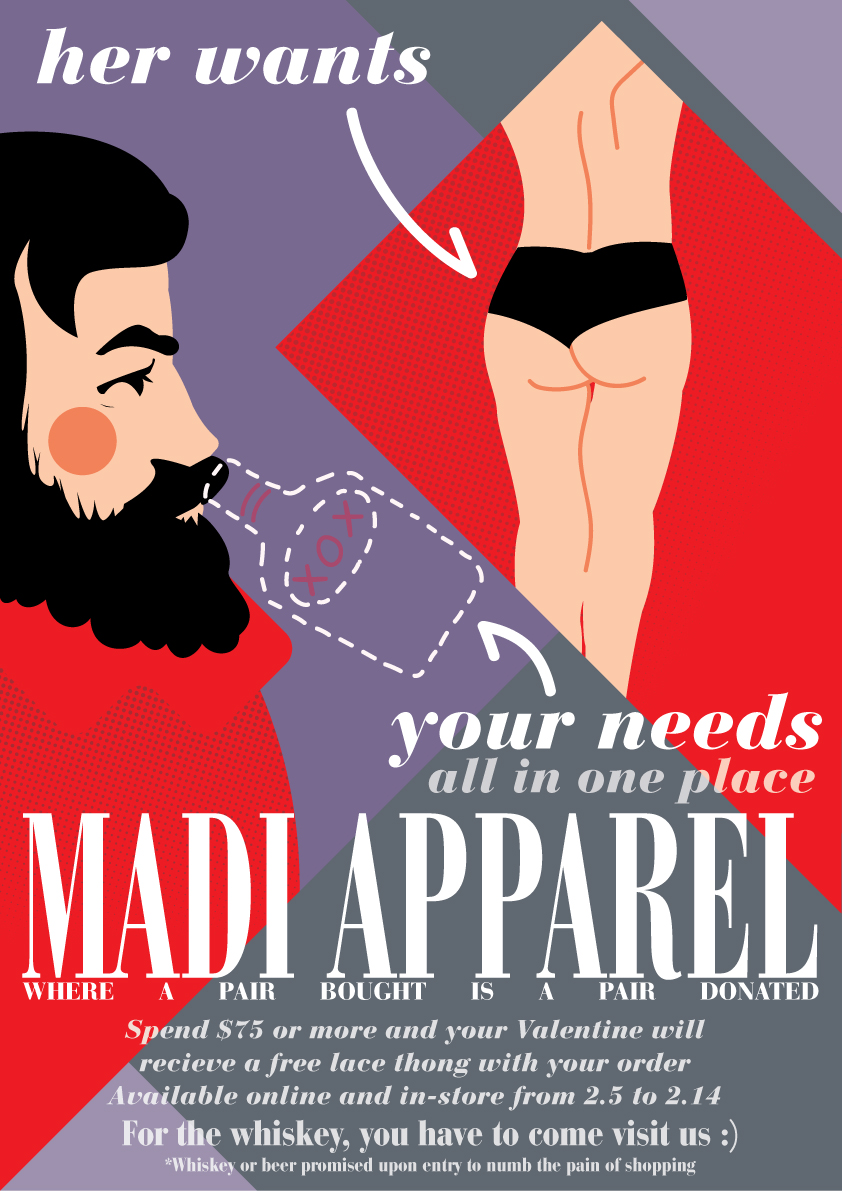 MADI Apparel brought me on to do a few marketing bits as a graphic design intern in 2016.

This was my favourite of all that work: a poster for a Valentine's Day event where they coaxed stressed men into the store with discounts and whiskey.

BUT this is the official CENSORED version. We all loved the original.

Give the poster a click/tap to reveal the original design c; c;
In 2017, Peregrine Honig and Mike Dillon brought me on to design an Illuminaughty Trio poster for a two concerts, that would complement the work Honig provided.

Trust me:
I argued against the yellow
–but they loved it and joked that it'd probably keep the crowds a little smaller... more intimate. (This was also only intended for digital release).

I scanned the work (which was huge), and designed the layout and text, pulling colors directly from the work.

Hopefully the Illuminaughty Trio keep's using my design of their name as a logo or something. 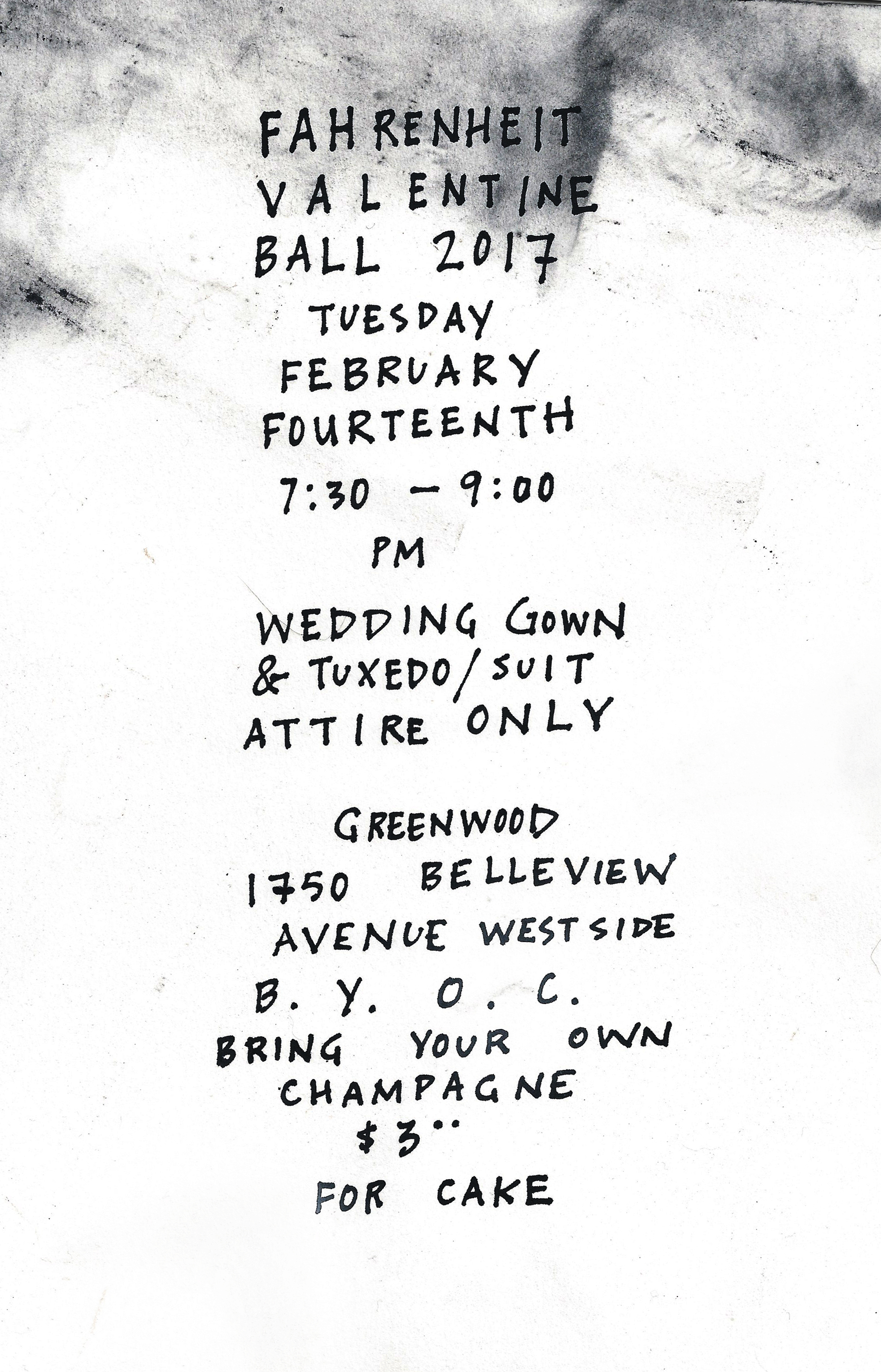 I was asked to print the 2017 Valentine Ball Invitations.

I was also asked to transport a 10-gallon bucket of film canisters, all of which were filled to the brim with graphite dust. Don't ask.

On the way home, I took a wrong turn onto a dirt road. Before I knew it my car flew off the last bit of solid road, splashing in a thick mud,
My things flying everywhere,
The bucket whirling,
The canisters opening,
Graphite bursting,
The invites flying
...
I was fine. And the resulting invite was a silky, ashen eye-catcher.

Lorinda Mamo once said "Every great design begins with an even better story."

I'm not sure this is what she meant, but ok. 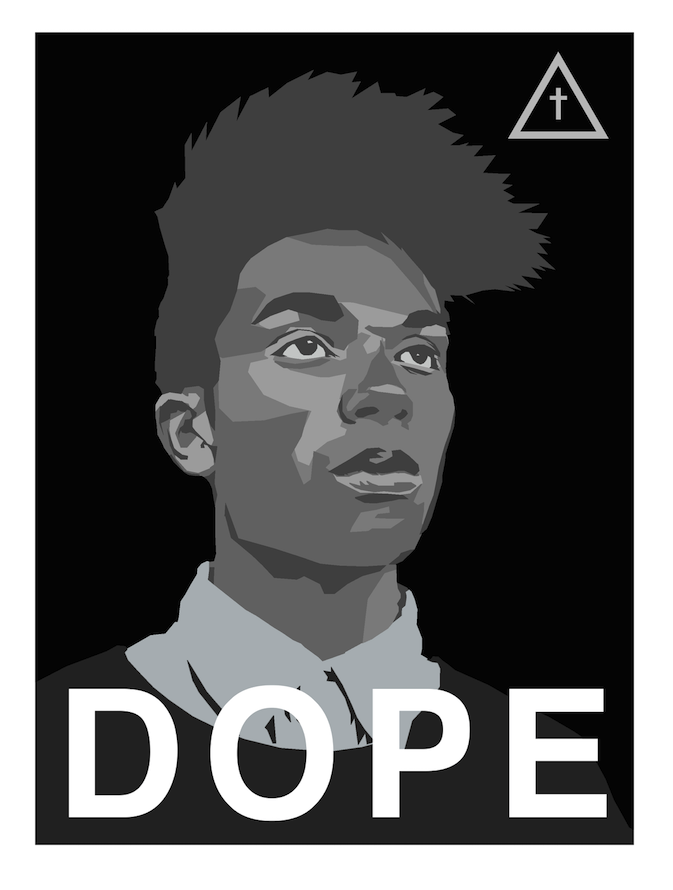 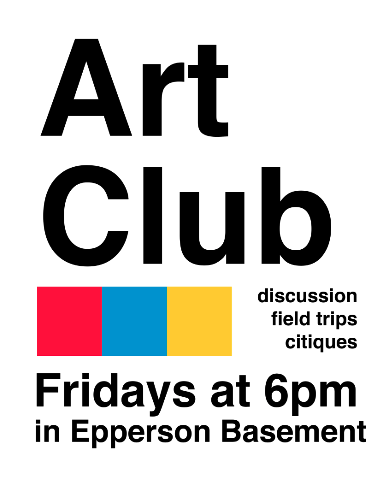 In 2014, the Kansas City Art Institute's Art Club (which, by name alone, makes it the most important club in the school) asked me to design a series of posters for them that would "get the point across."

I had done poster work for international clients before, but oddly enough, this was the first poster that I ever designed for my home town Kansas City.

It isn't centered. What's wrong with me?
Also in 2014, I designed a series of self-portraits that were strewn up around the KC Art Institute campus (this is how Art Club heard of me).

Many of my peers asked for copies. Maybe one day, those'll be valuable. One of these I hot glued to the ceiling of the Foundations Building at KCAI. I go back every year since I left to make sure it's still there. 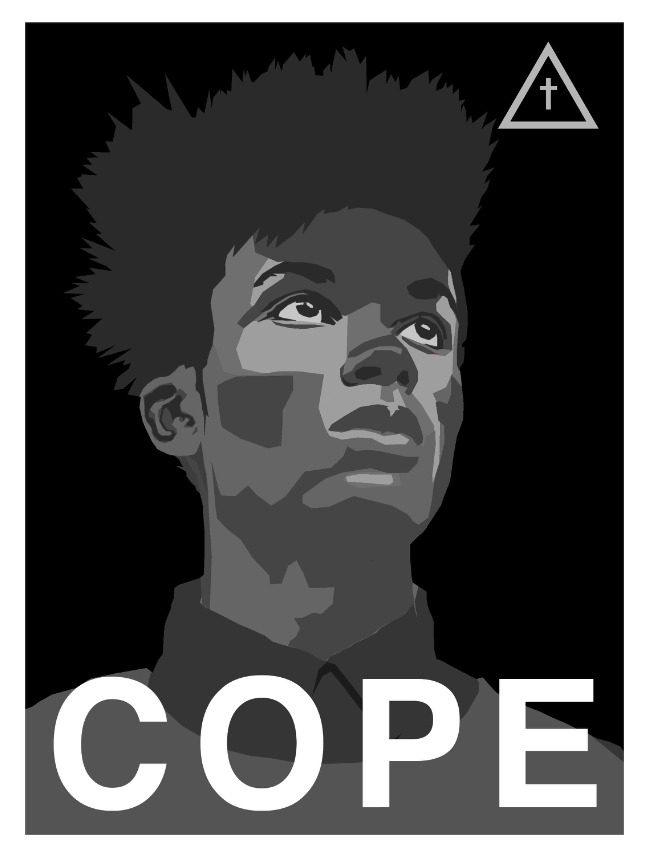 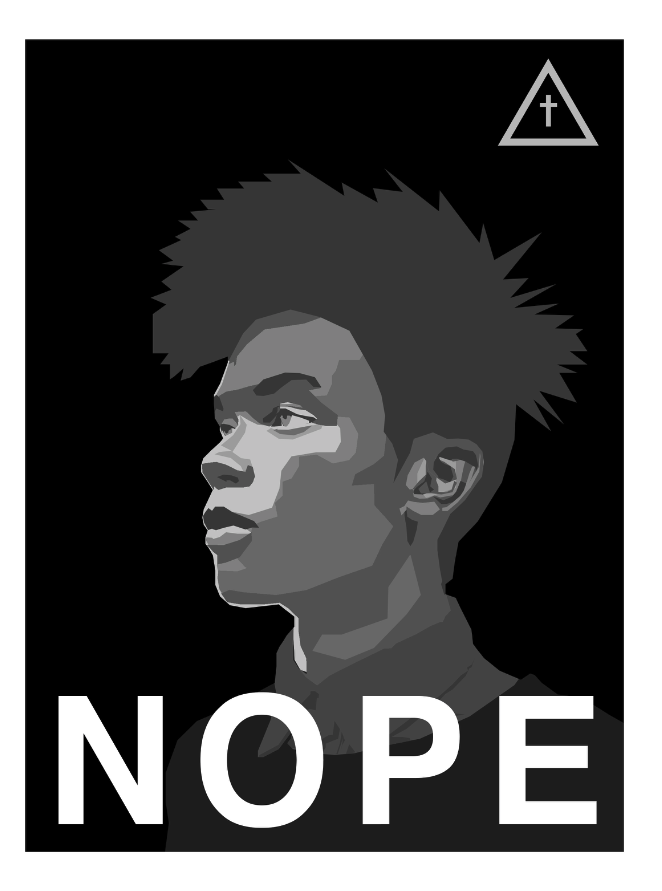 I was Birdies Panties and Swim's email and marketing designer from 2016 to 2018. My primary role was developing and designing a series of monthly emails after receiving photos from their monthly shoot.

I don't think that I'll ever do this sort of work without having a role in the shoots in the future, as many of the photos that were sent to me were unusable do to their quality or cropping. When I first started, I would curate tens of images from the shoot, and if none worked I would ask for reshoots or older images. This became a huge challenge, as deadlines were reasonably tight.

However, the lack of flexibility with the photos turned into an opportunity to just let the image take over the visual space of each email. I started designing around them. Admittedly, it wasn't always fun, but it was challenging--out of every shoot, only around 4 of the 50 or so photos were usable.

But the campaign was increasingly sexy and successful. The few photos that were usually best were always monochromatic. The emails were voyeuristic little bits of noir.

My job was very NSFW. 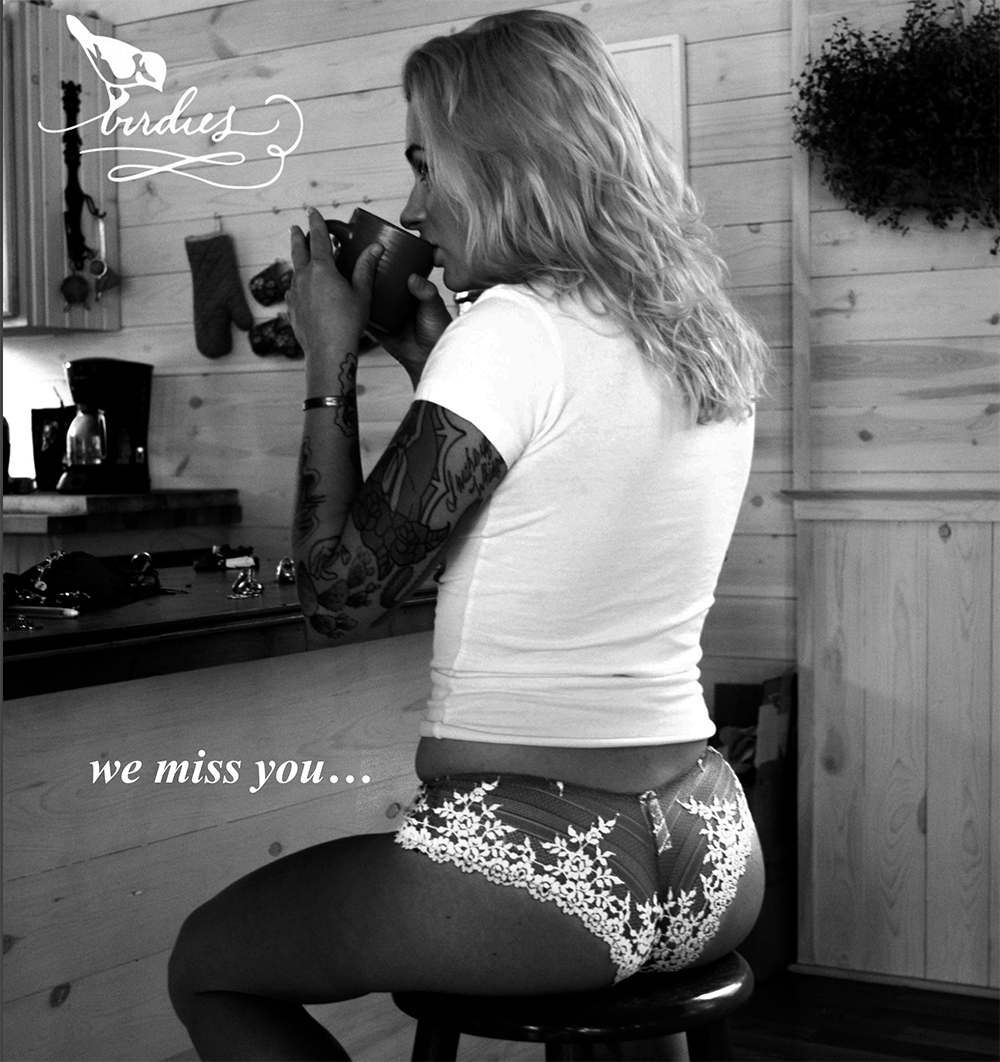 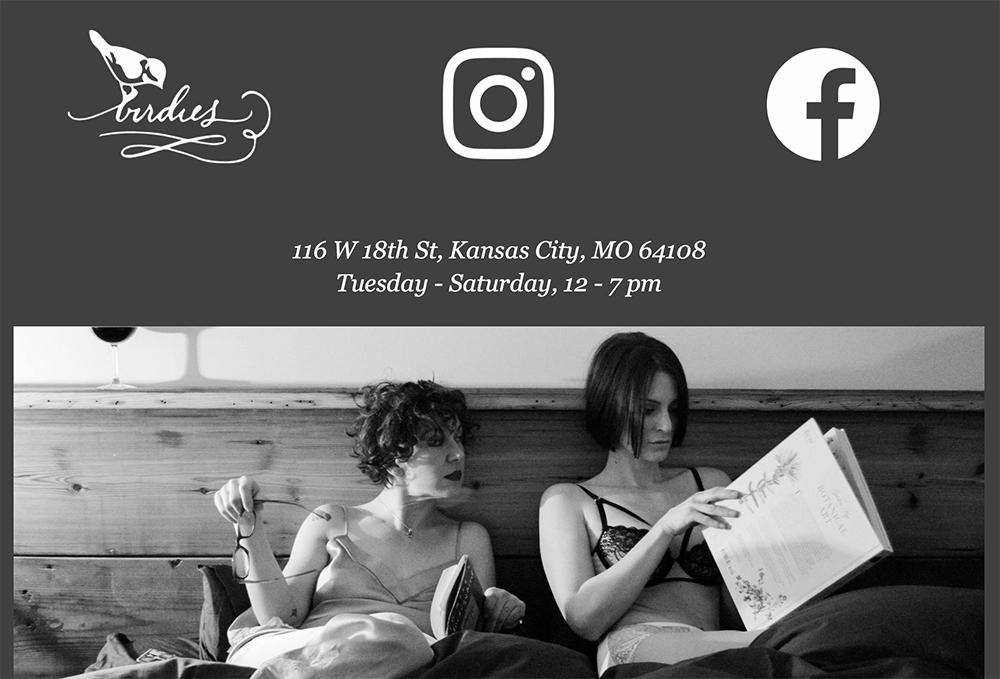 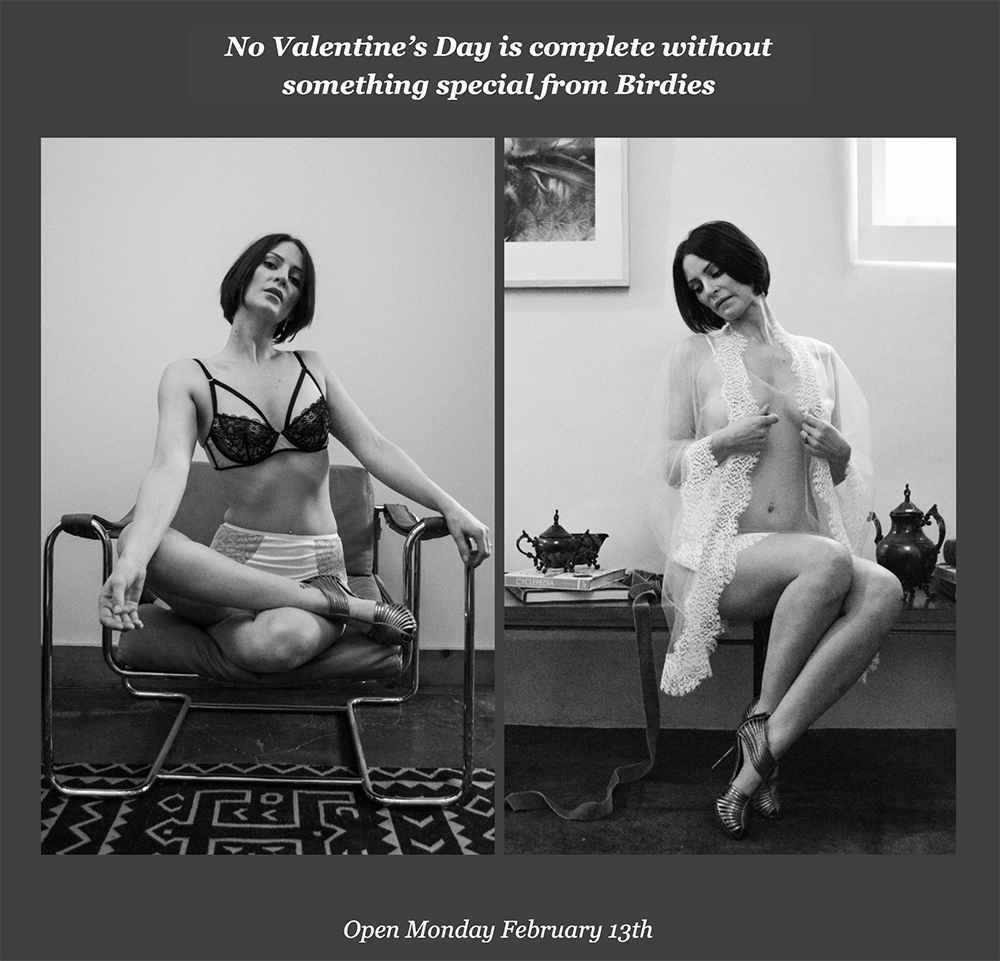 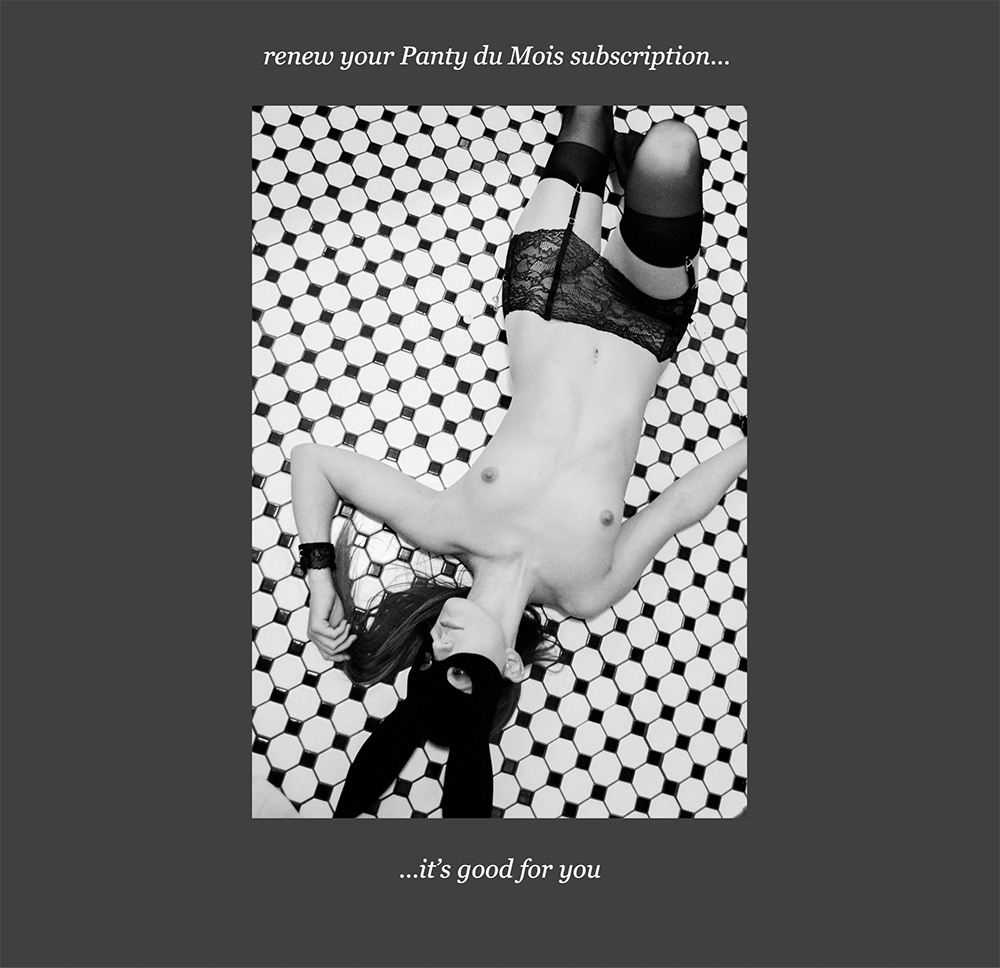